Did you read this report in the Telegraph concerning the news the BBC has spent more than £8million making just 20 members of staff redundant? Wow, lucky they have unique funding otherwise 400k redundancy per redundancy might seem a tad extravagant?

Through the prism of the BBC, the Banks are the bad guys, solely responsible for our financial woes. The role of Labour in bringing about the financial crisis is being sanitised and in fact the Labour Government is

presented as being noble if not heroic for bailing out the Banks. But that is far removed from reality. B-BBC contributor Alan makes some interesting points here;
“A consistent theme from the BBC, one that you can hear day in day out, is that the banks benefited from borrowing funds at low interest rates made possible by the confidence provided by the government guaranteeing the loans. Such an angle of attack allows the BBC money ‘experts’ to attack not only the banks that needed a government bail out in 2008 but also those like Barclays that didn’t…..the criticism being because they also benefited from low interest rates and so should be forced to somehow make reparation for the sins of the banking sector as a whole. It is clearly more an ideological anti-Banking stance than one based on real ‘sins’ by the likes of Barclays.

If the banks obtain funds at low rates the whole economy benefits, businesses can borrow from the banks at lower rates and mortgages are lower….more jobs, more houses, higher GDP. The government’s stance now, not to guarantee the banks, is compounded by the government’s insistence on the banks having large capital reserves themselves…meaning less money available to lend to business…and what is lent is lent at higher cost. A report from UBS confirms this….and the damage being done to the economy by the government now refusing to guarantee the banking sector finances.

‘Banks being made riskier and Brits poorer, warns UBS’
http://www.telegraph.co.uk/finance/financialcrisis/9004507/Banks-being-made-riskier-and-Brits-poorer-warns-UBS.html

‘Comparing the BoE’s policy to that of the European Central Bank, UBS analysts warned the lack of an emergency scheme to support the UK banking system in the event of a new crisis already led to rapidly rising funding costs for lenders. Barclays and Lloyds Banking Group had to pay a very high price to access the debt markets. The impact of this on the economy has been profound. UBS says five-sixths of British private sector workers are employed by companies with no access to the bond market, while bank lending to the UK economy continues to decline. Noting recent Bank of England figures showing a decline in Britain’s foreign trade deficit, UBS said the authorities were ignoring “the lost GDP from inappropriately high cost of debt”. ‘

It is a shame that some in the BBC are so intent on making ideological attacks on capitalism that they fail to do their job properly….reporting the facts. Perhaps this is the outcome of having their very own government guarantee scheme ensuring their funding, the license fee, allowing a level of complacency and isolation from reality that breeds contempt for truth and the Public. Having to source funds commercially might make the BBC more accountable and responsive to the public’s requirements. Privatise them. 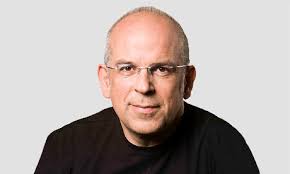 Biased BBC reader Alan picks up on this post by Steve Barclay as to whether a BBC manager could be paid £1 million pounds! Recession? What recession?

Mr Thompson was explicit in saying that no BBC manager is paid over a million pounds in total remuneration. He denied explicitly that Mr Smith was paid anywhere near the million pounds figure, saying “no that is not correct”.

In addition to his base salary and annual bonus, Mr Smith received £172,000 this year from a profit sharing plan. He also had £14,000 in taxable benefits, possibly the company car and private medical insurance for which he is entitled under his contract. This suggests a total income this year paid to him by the BBC of £898,000. Indeed that is the figure the BBC themselves put in their 2010/11 Annual Review.

Mr Smith is also allowed, during office hours it appears, to act as a non executive director of Burberry plc for which he earns a further £65,000. I do not know if he donates this to charity, but the enclosed annual review says executives are entitled to keep the income from one non executive director so this may further top up his earnings.

On top of this income, Mr Smith also receives payments into his BBC pension. The fund is currently valued at £3.3 million (Mr Smith is 52 years old and has worked for the BBC for over 20 years). It is unclear how much has been paid into the pension this year by the BBC, but the pension fund value has increased by £69,000. The BBC could have paid more or less than this into his pension, as this figure will be shaped by the the underlying performance of the pension fund impacting overall value.

So taking his total take home pay this year of £898,000, the difference between the annual bonus he drew this year and the amount deferred to 2014 (£39,000) albeit subject to future performance, his earnings from Burberry of £65,000 which he may keep, and the pension contribution roughly estimated at £69,000, Mr Smith as a BBC lifelong employee might well be earning over or close to one million pounds whilst holding a £3.3 million pension pot. Whatever the total amount, it is vastly different to the amount paid to BBC local radio staff.

Did you see this?

The BBC may have embarked on some of the most dramatic cost-cutting in its history, but it seems there is still some way to go. There are almost 4,500 job titles in existence at the Corporation, it has emerged, and almost 2,000 of its staff have the word manager in their title. It is thought there are even more staff on top of this who are classed as and paid as managers but do not have the word in their job titles.

It has to be that unique funding that allows all of this largesse.

Nice to see that austerity has not quite reached the shores of the BBC;

“BBC fatcats have splashed out thousands of pounds of licence-payers’ cash on nearly 100 leaving parties at exclusive restaurants and bars.

Staff, including many top executives, spent £70,000 on alcohol and lavish parties despite a pledge to cut more than 20 per cent off the corporation’s entire budget.

On top of that, executives blew £48,000 last year on beer, wine and spirits at award ceremonies, parties and power lunches, which amounts to a weekly alcohol bill of nearly £1,000.  Information released by the BBC shows that on one occasion, £581 was spent on a party for only 17 people at the swanky Paradise gastro-pub in Notting Hill, London.

BBC bosses also sanctioned £600 on a leaving do at The Clarendon in Holland Park and another £600 at Iskele, an exclusive Turkish restaurant in central London. Another £595 was spent on a night out at the Stinging Nettle pub near TV Centre in London’s White City and executives splashed out £550 at LVPO, a fashionable cocktail bar in Soho.”

Cheers and doubles all round – here’s to the unique style of funding!

The BBC pledged to become “significantly smaller” by sacking 2,000 staff yesterday, but immediately struck a deal with unions to allow departing employees to return as freelances after three months.

So, that’s alright then? From my own point of view, I don’t really mind how many employees or freelancers the BBC uses to provide output. I just don’t to be fund so much as one penny of it.

It must be the unique way they are funded….

Chief operating officer Caroline Thomson, one of the corporation’s biggest cab users, claimed £2,814 on cars in a three-month period – £100 up on the previous quarter. The claims, for quarter four of the past financial year, were disclosed as the BBC said expenses claims were down overall on the previous year. It also pointed out the number of senior managers and the amount they are paid has been reduced. Ms Thomson – who receives a salary of £307,000 – had claimed £2,715.59 for the previous quarter. For the full financial year she ran up a total taxi bill of £10,381, the newly-disclosed expense claims show.

Because she is worth it?

Reported in the Telegraph:

The BBC’s annual report, published tomorrow, will show that it paid 19 presenters, actors and journalists more than £500,000 last year, at a cost of £22 million. However, despite promising MPs that it would reveal how many stars are paid between £500,000 and £750,000, as well as the number on £750,000 to £1million and those on more than £1million, the broadcaster has now dropped the plans.

So, sod you licence payers.

Despite paying annual salaries of hundreds of thousand of pounds, Mark Thompson claimed it was “extremely hard” to fill executive roles as the broadcaster tried to cut costs. In the past year, the BBC has pledged to reduce what it pays in some executive roles after repeated criticism.

Mr Thompson is trying to find a new director of television after Jana Bennett left the public service part of the BBC to join BBC Worldwide, its commercially-funded arm. Miss Bennett’s remuneration in the last financial year was £517,000, but it is understood that the salary on offer to her replacement could be less than £400,000.

Even so, Mr Thompson told a House of Lords committee yesterday that it was “not true” to say there was a “long queue of people” for top positions. “It’s extremely hard now to fill senior jobs in the BBC and increasingly remuneration is a factor,” he insisted.

Maybe we should all offer to pass the hat around for the £3bn a year poverty strucken BBC?