You would need a heart of stone not to laugh at the BBC’s slavish spin on the latest attempt by “EU Leaders” to try and salvage their crumbling “project”. Yes, it looks like Mr Personality Von Rompuy and the gang have saved the day after another tense summit “running right the right through the night” – as an open mouthed reporter tells us. If you read the BBC report, you can see that Hollande isthe new hero for the BBC, as he uses his unbridled Socialist power to force Merkel to..erm…gain financial control over all European Banks! The BBC and the EU have much in common. Both are removed from fiscal reality; both are determined to spin a specious agenda; and both are dedicated to the further whittling away of the Nation State, or what is left of it. It’s perfectly obvious that the BBC is incapable of allowing a balanced analysis of the epic failure of the Eurozone and the economies therein. Instead it operates as Brussels little echo chamber, relentlessly pushing out the EU press releases as IF they were news. Who knows, maybe they even help write them…

MSM coverage of events in Athens last night was lamentably slow, with Sky and the BBC sharing honours in putting BAFTA trivia ahead of a major European capital in flames. Then again, when a broadcaster like the BBC is in receipt of ££millions from the EU, perhaps the images of Athens ablaze is unhelpful? Of course in the end they HAD to show the scale and depth of public unrest but not without the repetition of this soundbite from Lucas Papademos ““Vandalism, violence and destruction have no place in a democratic country and won’t be tolerated”. I am surprised that the BBC were unable to find anyone who could point out that unelected technocrats imposing Germanic austerity against the will of the Greek people is not really “democracy” in the first place.

Question to start the week. How often can you get the term “Bad for Britain” and the word “isolated” into a news programme? The answer is, lots, based on this morning’s Today programme. Did you catch it? Even by BBC standards, this was visceral hostility towards the Conservative Party. At one point, a trailer for a later story asked “Is the Coalition doomed?”. We had David Miliband on to offer us his wisdom here – lunatic as ever – meanwhile John Humphyrs got stuck into Danny Alexander here….and Nick Robinson joined in the fray. The BBC has rarely been as one-sided as it has been on the coverage of this story since Cameron refused to grovel to Merkozy. I suppose the Euromillions the BBC receives explains some of the visceral hatred towards Cameron and those evil “Eurosceptics.” I have to declare my bias now and say I would love to see this Coalition fall, for there to be an election right now, and for a Conservative/UKIP coalition to replace what we have. Can you IMAGINE the BBC response to that eventuality? The BBC is doing everything possible to triangulate Cameron to ensure he does NOTHING more to placate the “Eurosceptics” and instead embarks on a series of appeasements to the Lib-Dems. This is politics the BBC is playing, not impartially reporting the news. It is agenda setting, pro-Labour and slavishly pro EU. 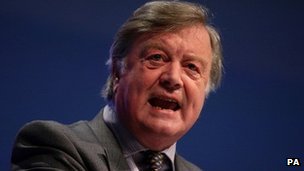 I see that the BBC has given Ken Clarke’s broadside to Cameron “not to seek to repatriate powers from the EU” great prominence this morning. They love Clarke, and Heseltine, and indeed all those other dripping wet C.I.N.O.’s who exist to perpetuate the gospel of the European Union uber alles.As the UK’s relationship with the EU is put under the microscope, the BBC seems determined to isolate the very notion that we take back some of the sovereignty drained away in recent times, and that is where Clarke and his ilk provide a very useful function.

Douglas Carswell also gets the hectoring treatment this morning when he has the temerity to suggest that the British people must get to have a say on future EU treaty arrangements. Contrast the interruptions that characterise the Carswell interview with the studied silence that accompanies the evasive waffle from the foaming at the mouth Europhile Simon Hughes. That said, Carswell does his best although if you notice, Hughes actually gets to have the last word. 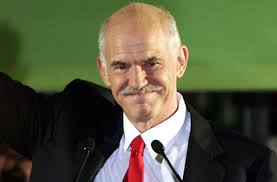 Meant to cover this yesterday, I refer to BBC coverage of the latest European diktat bestowing additional rights and benefits on Agency workers. This has been presented by the BBC as a further instance of Euro benevolence and anyone arguing against it is treated as if they are the enemies if the enlightenment. It seems to have escaped the attention of BBC editors that legislation which puts extra pressure and cost on business in a recession will only lead to jobs being lost. On Today the other morning there was a harpy from the Trade Unions on bleating that this did not really go far enough but at least it was a step in the right direction. When the market adjusts for this imposition, and fewer agency workers are employed, the BBC will then bleat about the awful unemployment. This is how the BBC operates its pro-EU policy; it cheer-leads for the legislation from Brussels and then attacks the Government when the inevitable chaos ensues.

It’s the cringing selectivity of BBC news coverage that so enrages; Take this, sent in to me;


“Democracy undermined,
treaty violations…lack of democratic legitimacy…legally and politically
questionable actions…..not a BBC journalist in sight when you need one….too
busy investigating a self serving story on Murdoch that none of the public are
interested in no doubt.
“Germany fires cannon shot across Europe’s bows”


German President Christian Wulff has accused the European Central Bank of
violating its treaty mandate with the mass purchase of southern European bonds.
In a cannon shot across Europe’s bows, he warned that Germany is reaching
bailout exhaustion and cannot allow its own democracy to be undermined by EU
mayhem.  “I regard the huge buy-up of bonds of individual states by the ECB as legally
and politically questionable. Article 123 of the Treaty on the EU’s workings
prohibits the ECB from directly purchasing debt instruments, in order to
safeguard the central bank’s independence,” he said.  The blistering attack follows equally harsh words by the Bundesbank in its
monthly report. The bank slammed the ECB’s bond purchases and also warned that
the EU’s broader bail-out machinery violates EU treaties and lacks “democratic
legitimacy”.

But the BBC seems less than intrigued by these MAJOR issues. I suppose it’s own pro-EU enthusiasm immunises it from having to analyse the rising voices in Germany who seem no longer prepared to go along with what Merkel and co have been doing, so it simply blanks this as a non-story and instead elevates attacks on the Murdoch empire as being the more important.  In this way it debases its own integrity, a point that Mark Thompson might do well to reflect upon.

Well then, the BBC has a problem. Despite Obama’s heroic raising of the Debt Ceiling and despite the best efforts of our wise rulers in the EU, financial markets decided yesterday that they no longer can trust the hollow promises from Washington and Brussels.Markets are in free fall – how to deal with? Well, this morning they wheeled on that old fraud Romani Prodi to try and explain things. He was dreadful and despite softball questions I imagine his comments will probably have further spooked markets. Next up was Olli Rehn, given a big drum roll by the BBC. He was only marginally better than Prodi and I think even the BBC were a bit rattled that their preferred snakeoil salesmen no longer even sound slick. That said, I suspect that the subtle agenda the BBC are getting behind is that the solution to EU failure is….MORE EU. The central planners in Brussels seek to use this crisis to further the design for complete control over the remnant of the Nation States within the EU bowl and you can be certain the BBC will do everything possible to help advance it.

The BBC has done everything possible to relegate focus on the ongoing meltdown of their beloved eurozone but they are quick out of the traps this morning to join in the faux celebration now that the “leaders” have come up with a brand new package that solves all fiscal problems. I was entertained by this interview with Sir John Gieve, former deputy governor of the Bank of England, as he considers whether changes to the European Financial Stability Facility (EFSF) will prevent further crises. Sir John, a mild mannered chap, had the temerity to suggest that this is a short term fix that may not solve the problems that afflict Greece et al.  Sarah Montague instantly suggests he is being “negative” ensuring he instantly puts a more positive spin on the ludicrous antics of Merkel, Sarkozy and co. It is perfectly obvious that a Nation mired in debt will not recover from such debt be giving it even more debt and yet this is the big idea of the Eurocrats keep pushing and the BBC keeps propagandising.