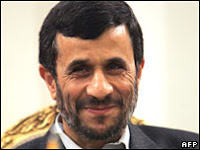 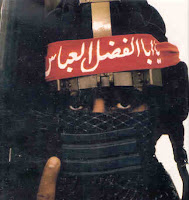 It’s always entertaining to read virtually any BBC report on matters concerning Israel to gauge the disgraceful bias that runs through BBC coverage. Take this summary of an Israeli government-appointed inquiry into Ehud Olmert’s handling of the 2006 confrontation with Hezbollah, Iran’s surrogates in Lebanon.

For starters we are informed that it was Hezbollah “fighters” whose actions in July 2006 precipitated the ensuing confrontation. Wrong. They were not fighters, they were terrorists. These are the people who hide behind women and children in order to conduct their vicious attacks on innocent Israeli civilians. Hezbollah is a terrorist cabal but we all know the linguistic trouble this causes the moral equivocators at the BBC. It gets worse though because the BBC report then blandly asserts that “In the conflict that followed, more than 1,000 Lebanese died, mostly civilians, along with 160 Israelis, mostly soldiers..” Where does this authoritative “more than 1000 Lebanese died, mostly civilians” come from? We know that the Lebanese government does not distinguish between terrorist and civilians so surely the BBC was not relying on it as the source? Out of this putative 1000, how many Hezbollah terrorists were killed? Al Beeb is coy on this but the IDF estimates 532 Hezbollah thugs were killed, more than half of the total number quoted by the BBC. Of the remainder, how many died either because they gave refuge or were forced to give refuge to Hezbollah? The picture is far from that portrayed by the BBC, although I am sure you will note that the final word on this report goes to a Hezbollah spokesman. Fair and balanced?