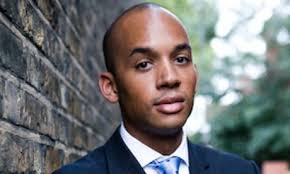 Oh my. BBC favourite Chuka Umunna seemed almost embarrassed when the issue of RBS CEO Stephen Hester’s rejection of the Bonus to which he was contractually entitled was introduced as “Labour 1, City 0.” The BBC has done everything possible to portray this decision by Mr Hester as some sort of “victory” for Miliband – remarkable when one considers which political party put in place the circumstances which lead to the Bonus concerned! Umunna advances the current war on capitalism and the BBC does nor challenge his spurious commentary. For example, towards the end of the interview, he moans about “other” public sector workers having to take a cut.What about this then, BBC? Some bonus payments more equal than others, perhaps?

Evan Davis really gave Chuka Umunna a tough going-over on this morning’s Today programme, if by tough going-over one imagines being soothed with the soft gentle strokes of giant cotton wool balls for ten minutes. Davis’s line was basically, “You get on with it and I’ll chip in every now and again to concur with everything you’re saying and help clarify the message.” When they’d finished agreeing about executive pay, Davis then asked Umunna (adviser: Diane Coyle, vice chair BBC Trust, wife of BBC tech correspondent Rory Cellan-Jones) why poor Ed Miliband is getting such a tough time when it seems clear that he’s actually pretty awesome:

Just before we finish I do want to ask you about the leadership. It’s sort of been in the news this week, this feeling that it’s been a difficult week for Ed Miliband – he’s given an interview in The Guardian this morning. Why do you think it is, because he’s given a fairly clear analysis of the country very much along the lines of the one you’ve talked about – about irresponsible capitalism that needs dealing with – why do you think it is that question marks have been raised about him given the clarity of his message?

Amazing as it seems, poor Chuka somehow managed to survive that blistering line of attack.