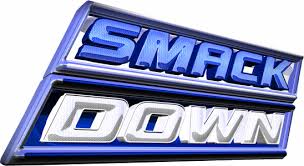 There are moments when you listen to the BBC when the clouds suddenly part, the sun breaks through and the person being interviewed layeth a smackdown on the BBC interviewer. Such was the case this morning when RBS CEO Stephen Hester was interviewed here on Today by James Naughtie. What a cracking performance from Mr Hester. Naughtie pursued the usual dismal biased BBC narrative which seems to reduce to; 1/ The Banks were solely responsible for the financial crisis  2/ Bonus payments are wrong 3/Fairness should be the central nostrum for capitalism. Each time he tried to get Hester to agree, the RBS Chief effectively dismissed the proposition put forward. When Naughtie compared Hester to a Doctor, implying the latter did what he did without bonus payment, Hester compared Naughtie to a Nurse (!) and batted the point straight back. This was a seamless performance and even at the very end when Naughtie resorted to making a cheap point using Hester’s parents,  this too was dealt with. If you haven’t bought shares in RBS, you should. It’s a pity we are forced to buy into the BBC. Well done to Mr Hester.

The BBC has been to fore in attacking the “evils” of bonus culture in the Private sector. Even this morning the topic loomed large on the Today programme. However there seems to be some double-speak in play..

At the beginning of 2009, Mark Thompson, director-general of the BBC, announced an end to bonuses and a pay freeze for senior employees. After years of executives living high on the hog, it looked as though he had finally got the message. Last May, the incoming chairman of the BBC Trust, Lord Patten, said he would ensure that senior managers did not receive bonuses or perks. He had rightly described management pay at the Corporation as a ‘toxic issue’. How, then, can we make sense of the revelation that last year the BBC paid bonuses amounting to £275,000 to four senior managers? One of them — Chris Kane, head of corporate real estate at the BBC — received a top-up of £155,000 in addition to his salary of £206,000.

Perhaps the BBC should deal with the problem inside itself? Do as I say rather as I do….