It’s pretty sad when the Muslim Brotherhood’s Ikhwanweb is more informative and balanced than the BBC. Compare and contrast:

Fire and graffiti attack on Palestinian mosque in Kasra

Both pieces talk about how this was a (misguided and wrong, in my view) retaliation for the Israeli Government’s razing of some illegal Jewish settlements in the area.

The BBC reports that the Hebrew graffiti threatens further attacks, while Ikhwanweb just says the settlers left racist graffiti. It looks like it’s supposed to say something like “Mohammed go away”, but my Hebrew’s a bit rusty and this may be vernacular. There’s apparently other graffiti not shown in either report, so there isn’t enough information to draw a proper conclusion about who is more accurate.

I should mention here that the Jerusalem Post reports something not mentioned by either the BBC or Ikhwanweb: the mosque was not in use, and there were no holy books inside. Unhelpful context, that.

Ikhwanweb, whose sympathies are not in question and who do not claim impartiality, report Palestinian eyewitness accounts that IDF forces abetted the arson crime, while the BBC instead reports rumors of the IDF training settlers to fight Palestinians. The openly anti-Israel Muslim Brotherhood reports eyewitness accounts (whether one beileves them or not, at least they’re trying), while the allegedly impartial BBC instead makes an inflammatory statement. There is some training going on, in fact, and the BBC uses this to plant the idea in the reader’s mind that the Israeli Government is actually responsible for this and future violence. Even though the training is for defensive purposes.

The BBC report closes with the required (yes, BBC, it’s required, and I challenge anyone to prove that it isn’t, and no whining about proving a negative: this is included nearly verbatim in every report about settlements) boilerplate copied and pasted from the style guide:

There are some 500,000 Jewish Settlers living in the West Bank and East Jerusalem.

Settlements are regarded as illegal under international law, although Israel disputes this.

Meanwhile, the more informative and balanced Ikhwanweb closes with this:

Since the incident, more and more Palestinians have criticized the Palestinian Authority which rules the West Bank, accusing security services of not fulfilling the ”duty of protecting the mosques”.

One Palestinian man Mohammed Abdurrahman condemned the West Bank security services for the inability to protect the mosques at a time when the services have effectively persecuted Palestinian resistance fighters in the West Bank.

No mention of this at all by the BBC. They’re too busy stoking up anger against Israel. And there’s no obligatory moaning about the number of Jewish settlements or legal judgments about them from Ikhwanweb.

One is tempted to say that the Muslim Brotherhood is more interested in accuracy and balance about the Israel/Palestinian conflict than the BBC is. Once again it seems that the Corporation’s editorial policy and innate bias cause them to demonize Israel at every opportunity, although the BBC disputes this.

Following on from Laban’s post below concerning the BBC’s claim that the motives of John Allen Muhammad and Lee Boyd Malvo are a mystery, it is only fair to point out that for some religiously-motivated terrorists the BBC does feel able to pass on the statements of the perpetrators as to their own motives:

A Jewish settler has been charged in Israel with murdering two Palestinians and attacking left-wing Israeli, gay and messianic Jewish targets.

Yaakov Teitel, an American immigrant who lives in the West Bank, faces 14 charges, including two counts of murder and three of attempted murder.

“God is proud of what I have done,” Mr Teitel said in court.

Police called him a “Jewish terrorist” when he was arrested in October. His lawyer says he is mentally disturbed.

(For bonus points, the BBC even managed to mention that Mr Teitel was an immigrant and told us where he emigrated from! Compare this.)

Never let it be said that we here at Biased BBC refuse to recognise examples of BBC balance when we spot them: 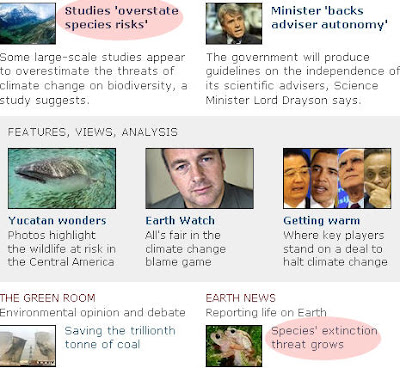