The BBC coverage of the murder of a youth in Oxford Street has already proven less than complete, leaving out the pesky detail that Seydou Diarrassouba was himself a member of the notorious London street gang ABM, which stands for ‘All ’Bout Money’and was facing charges of robbery and assault, Notwithstanding that, the BBC carries on with the meme that jail doesn’t work. They wallow in a slough of liberal cluelessness, never once confronting the fact that black gang crime is a major problem in the UK, and in London in particular. 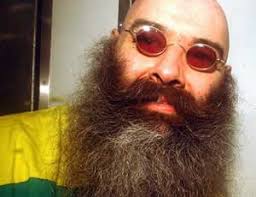 Here’s a great example of the BBC advancing its own narrative by choosing to have a faux “debate” with both participants holding the same liberal view as the BBC. Ken Clarke is another BBC hero and it continually finds opportunities to “prove” how his liberal approach to criminal justice works!

Two criminal justice experts from each side of the Atlantic – filmmaker Roger Graef and the Harvard professor of Criminology Christopher Stone, discuss why showing “respect” to convicts along with reducing prison sentences and making prisons nicer places..

Just pathetic. Listen to the guy praise community organiser Charles Bronson. A true gent. No time, of course, for those who believe prisoner should offer punishment.

PS My thanks to Beeboidal and Natsman for correcting my typo on the convict name!

I usually start the day with a warming bowl of porridge but the BBC tends to start the day worrying about those tender souls doing Porridge! Yet  ANOTHER story given prominence this morning by the BBC advocating the idea that we must stop sending people to prison. This is a recurrent theme and it is being pushed remorselessly. The BBC seems unable or unwilling to make the connection that the reason we have more people than ever behind bars (albeit in soft liberally run prisons) and that reported crime has fallen to a new low may be in some way related! Check out the 7.32am story (No link yet)

I suggest that one of the most dangerous features of the BBC is the persistent advocacy of the idea that prison does not work and that criminals should not be punished.

In this new Ken Clarke era of liberal Justice, the BBC is doing everything possible to remove prison as a destination for criminals. This morning, on Today, at 6.50am, Northern Ireland’s “restorative justice” model was held up as a shiny example of “enlightenment” As someone who lives here, I can tell you that “restorative justice” is a massive con, a perverse fraud endorsed by liberals. It is, in fact, an opt out for enforcing the law. If you’ve been watching the news in recent days you will have seen just how effective it has been – as youths riot, burn, attack and rage on our streets – restorative violence?

Anyway, the BBC followed this item up with ANOTHER one at 7.51am when Ann Widdecombe and Sara Nathan debated the same issue. If you listen to it  Widdecombe is berated with the marvel of how “restorative justice” works in Northern Ireland. In fact I felt sorry for Widdecombe as the sneering Nathan and the interrupting BBC interviewer gave her little chance to make her sensible opinions.

Moving on, to 8.30am the BBC was not finished. You see apparently AIDS is still on the increase amongst drug users.An academic doctor (sic) was brought on to discuss the issue. Can you guess the line he was taking? Yes – it would be more enlightened if we legalised all drugs and did not criminalise those who take them.

All morning, the BBC is relentlessly pushing the idea that Prison does not work and that we need to look for new and exciting ways of dealing with crime that do not criminalise the offender. To think that £3.5 BN of OUR money  is being used to subvert our society in this way is truly shocking.

Last week the newsfeatured Ken Clarke’s sentencing proposals based on the premise that prisondoes not work. The UK public have been softened up for the last 30 years tobelieve this, to save money, and because the liberal left/anti prison lobbyhold sway. The proposals are that basically no one, apart from on extremelyrare occasions – burglars, thieves, robbers, or any other acquisitive criminalcan expect prison. Community punishment will be the order of the day.

Then this morning the BBC4 at 7.30am 6/7/2010 ran a piece that vast amounts offines imposed by magistrates courts as part of community sentences are simplynot paid. At no point during the questioning of someone from the LordChancellors Department was the link made by the interviewer between this andlast weeks proposal – Why?

Of course we all know why. The BBC believes that Prison does not work and so will turn reality on its head to try and spew forth such nonsense.

Well, it was inevitable that the BBC would start cooing when Ken Clarke takes the same line that has been pushed for years by the likes of the Howard League. The “Prison doesn’t work” meme is recurrent and now that there is a Conservative Justice Secretary with uber-liberal values, we can expect him to get an easy ride. I note that David Green from Civitas got an outing to dispute the Clarke roll-over just before 9am – when listener-ship numbers tumble.

They say that there is nothing like a Dame, and that is assuredly true when one reflects on Dame Ann Owers – the Chief Inspector of Prisons for England and Wales. This wet as a fresh fish liberal maroon can always be relied upon to echo BBC sentiment and so it is that she was on Today this morning (7.24am) to inform us that Muslim inmates of our prisons could be radicalised because of… insensitive treatment by Prison Officers. We need to respect these Muslim inmates as individuals and ensure that care is given when dealing with them. Remember, when good Muslims go bad, it’s OUR fault.

Liberal-minded Owers is perfect for the BBC. She regularly parades onto Today to attack the penal system and she must be a real downer for all those hard-working prison officers who do their best to keep order in the liberal system that Owers and her ilk have put in place. Why was there no one allowed on to put a counter view to the drivel served up by Owers? With some of our prisons being virtually taken over by Muslim gangs, I would have said staff are already far too easy on practitioners of the Religion of Peace

A recurring BBC meme is that Prison is “a bad thing” and that better results are obtained by keeping criminals out of jail. So when the Prison Governor Association (PGA) urges government to scrap one year sentences essentially for economic reasons, you can be sure this will receive a warm welcome with the State Broadcaster. Naturally there is A concern expressed but it is that those guilty of even worse crimes might end up getting…GASP…even longer sentences.

Why does the BBC not put up one of the millions of people who have been at the receiving end of burglary, assault or abuse and ask how THEY feel about what the Governors suggest? It is perfectly reasonable for the BBC to provide the PGA with a platform for their liberal wishes (A “six month” sentence is more like six weeks in reality, we are casually informed during the Today interview) but why not allow some balance? I suggest that there are many millions of people who would like to see criminals punished more severely and yet that view point is given scarce prominence on the BBC. Why?

While the BBC did find space to report the sentencing of 20 year old Robert Tozer for the brutal murder of 85 year old Joan Charlton, uniquely among media outlets they forgot to mention that he’d been released from prison only weeks before.

In fact he’d served only 5 months of a fifteen-month sentence for assaulting a man with a pool cue before he was released “on licence”. He’s just one of hundreds who kill under probation service “supervision”.

Why the BBC report should omit this fact I really can’t imagine. They’re terribly keen to amplify calls for “corporate manslaughter” charges to be brought when private organisations – or prisons for that matter – are implicated in avoidable deaths. I think it’ll be a long time before we hear Helena Kennedy, Marcel Berlins or Michael Mansfield (he’s just on R4 now) being interviewed on the BBC about the need for the Probation Service to be included in corporate manslaughter law.

… the first two of the series of Radio 4 party political broadcasts on behalf of the (admittedly substantial) bleeding heart wing of the Labour Party by Helena Kennedy, but did manage to catch the third.

Helena Kennedy QC examines the ways in which the best intentions in legal reform can sometimes produce unexpected and unpalatable consequences.

Helena looks at the development of alternative systems of justice that bypass the courts. Restraining orders to protect the victims of domestic violence, once championed by liberal lawyers like Helena, have in recent years been broadened in scope and application by politicians, with possibly troubling results.

To put it in plain English, it was fine as long as the people being banged up were evil patriarchs. But from these restraining orders (the breach of which entails imprisonment) was developed the ASBO (the breach of which entails imprisonment). Now yobs who made life miserable for other people were being locked up – and (gasp) they were young people !

Now that may well be an unpalatable consequence for well-heeled “criminal justice professionals” who think that prison should be reserved for racists, smokers and foxhunters. To the law-abiding poor who have to live alongside ASBO recipients they’re a good thing – when enforced.

Tragically it is too late to hear again Episodes One (“Helena began her career championing the victim’s voice, but is now worried it has gained such strength that it is beginning to threaten the rights of defendants“) and Two (“In the 1970s and 80s, Helena and a generation of liberal lawyers attacked the judiciary for being too right wing and out of touch. Now right-wing politicians have taken up their language and attack the judiciary for being too liberal and out of touch“), but I’m sure we’ll hear the arguments again on the BBC – probably on the Today programme.