BBC News in paroxysm of joy at the news that the CPS have announced that eight people, including Rebekah Brooks and Andy Coulson, will face a total of 19 charges relating to phone hacking, the Crown Prosecution Service has said.

The two ex-News of the World editors are to be charged in connection with the accessing of murdered schoolgirl Milly Dowler’s phone messages.

I caught the PM coverage of thison Radio 4 at 5pm  and one could be forgiven for thinking that these allegations have already been proven and that all these folks are going to prison. The undisguised pleasure in the BBC voices at this news was remarkable and I noted their praise for Alan Rushbridger, presented as hero of the process, and of course they guy in charge of their print end . Coinciding with the end of Leveson today I have rarely heard the BBC anti-Murdoch machine sounding so triumphalist.

Another day of Leveson,  and the BBC continues to delight in the pursuit of the Hunt! Jeremy Hunt.  This daily witch hunt has one aim – to get Cameron to remove Hunt from his current Ministerial position and in this regard the BBC is proving very helpful to the Labour Party which happily shares the same aim . Hunt’s unspeakable crime was to support Murdoch’s BSkyB bid before he was appointed to the position of Culture Secretary and the BBC is out to bring him down. The fact the BBC gives this story such daily prominence when I suspect it has less than zero interest to normal people demonstrates the BBC is peddling this for its own selfish purposes – namely damaging the Coalition, helping Labour, and of course dragging Murdoch’s reputation through the mud.

I posted here on a BBC Today entirely contrived all-Labour debate on whether Louis Mensch was RIGHT to say that the declaration that Rupert Murdoch was “not fit to run an international company” had NOT been debated by the Parliamentary Committee set up to review this. Paul Farrelly plainly stated she was wrong and that it HAD been discussed in formal debate. The following day, the BBC invited Louis on to discuss the abuse she had gotten on Twitter, but then gave her the opportunity to put her case on the Murdoch line. She repeated it had NOT been discussed. But dear old Auntie has a real dog in this fight so this morning, on Today, up pops Tom Watson and he was allowed to state that the issue had been discussed in formal session and that therefore Mensch is mistaken or lying. This is the subtle way the BBC works, it has been hell bent to ensure that the Labour gets the last word on this issue and has obliged at every opportunity.

It’s so blatant it is unbelievable, isn’t it? I’m talking, of course, about the BBC’s continued frenzied coverage of the News Corp “phone hacking” issue.  This gets massive lead story emphasis on the UK news page, and other stories are relegated to minor importance. From where I stand, the BBC is clearly conducting a witchhunt against Murdoch with the intention of maximising it’s already monopolistic position in UK media. It’s a travesty that a weak willed Cameron idly stands by and let’s the BBC away with this. I suspect it is because he too is afraid of the power of the monster that presents itself as lovable old Auntie Beeb but as anyone with an ounce of wit understands, appeasers that feed a crocodile thinking it will devour them last…still end up devoured! We see this on daily basis as the BBC acts as the unofficial cheerleader for Labour. But it’s sheer 24/7 media power means that whilst some of us here see the danger, many others STILL actually trust the beast and are manipulated into thinking what it wants. I’ve said it before but I will say it again, the BBC as currently constituted is the biggest danger to the UK.

You have to almost admire the BBC feeds upon itself so it can sustain stories it feels need pursuance. Last night, on the truly execrable Question Time (only made bearable by our most excellent and good humoured liveblog!) pious beyond words Lib-Dem Simon Hughes was invited to give his opinion on the future of Jeremy Hunt. Hunt is squarely in the BBC cross-hairs at the moment and so the fact that Hughes told them what they wanted to hear – namely that there should be an independent inquiry into Labour claims that Hunt broke the ministerial code, was grist for the Today mill this morning.

At every opportunity, the BBC is rowing in behind Labour on this issue. One can understand why. It allows the BBC to seek the scalp of Hunt, damage Cameron and attach Murdoch. It’s a triple whammy and they just can’t resist it. It’s not that I have any time for Hunt or even Murdoch for that matter, but when one listens to the contrived chatter disguised as news, the realisation is that it is the BBC which is the single biggest threat to our liberty and freedom. The more they hound Murdoch the more they show their own lack of self-awareness concerning the massive monopoly they defend. The Press would KILL to have the audience reach of the BBC. The BBC, by contrast prefers to KILL those parts of the Press it does not like.

BBC seem pretty happy about this news! They rolled the NOTW and it seem to me that they would just love to ensure that The Sun sets. Thoughts?

Have to laugh at the faux hysteria the BBC are trying to whip up in their endless jihad against the evil Murdoch empire! Have you see this?

There was a particularly nasty little item HERE on Today this morning. It’s yet another BBC led attack on Murdoch, this time bringing in Chris Mullins and Sheila Gunn – John Major’s former press secretary. Gunn, in particular, used the opportunity to have a go at those bad “right-wingers” and “little Englanders”who gave nice Mr Major such a hard time over Europe. It’s obvious that the BBC has determined that Trinity Newspapers and the Guardian have no questions to answer concerning the integrity of their behaviour and so all wrongs can only ever lead to Murdoch.

BBC has picked up the Sarah Payne alleged phone hack story and is running it as main item on Ten News. Peston centre stage to help further put the boot into NI. Meanwhile those Piers Morgan/Mirror Group allegations seem to have vanished. Odd that. 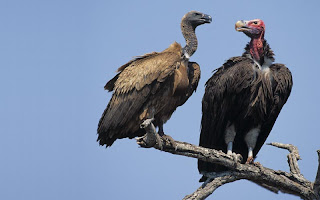 Robert Peston and Nick Robinson have been central to the two week long prolonged BBC assault on the Murdoch empire. After the Murdochs and Brooks gave a reasonably credible account of themselves at the Commons Committee the other day, the BBC were not slow to dismiss this and instantly resumed the daily attack. Listen to Peston this morning go after James Murdoch – did he lie to the all-powerful committee, questions must be asked, etc. The narrative is still in full flow as the BBC gorges on its own largely synthetic outrage and seeks to project it onto the UK population.