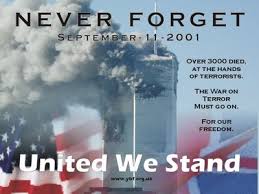 Pleased to see that Biased BBC gets a mention here in the always excellent Newsbusters with regard to the behaviour of a Question Time audience on the topic of Bin Laden’s exit of planet Earth;

By total contrast, when Douglas Murray, the associate director of the Henry Jackson Society, told the BBC’s flagship program Question Time last Thursday that he felt “elated” at the news, he was booed, heckled, and almost shouted down. Another panelist, the writer Yasmin Alibhai Brown, was applauded when she said she was “depressed” by the killing, as it “demeans a democracy and a president who has shown himself to be the Ugly American. He’s degraded American democracy, which had already degraded itself with torture and rendition.” The former Liberal Party leader Paddy Ashdown was then cheered when he said: “I cannot rejoice on the killing of any man. I belong to a country that is founded on the principle of exercise of due process of law,” as though the United States was founded on some other idea.

In a sense, this edition of Question Time is the perfect book mark to the notorious episode broadcast a few days after 9/11 when the US Ambassador was jeered by the BBC audience and almost reduced to tears. Ten years on, the BBC audience applauds those “depressed” by the death of the 9/11 mastermind and attacks those who take comfort in his death.

I covered this over on my own blog and didn’t want today to pass without making reference here on B-BBC.
It is eight years ago since Islamic savages committed the atrocity that we call 9/11. Eight years on, even the BBC still makes reference to the event such was the scale of the terrorism. Do you remember the Question Time that took place on the BBC a few days later? It was truly awful as the BBC audience launched into one attack after another on the US Ambassador Philip Lader who was on the panel – virtually reducing the man to tears. At the time, the BBC accepted that the audience could have been more representative. Does anyone think things have improved over the years? Does anyone think that someone articulating a clear anti-Jihad pro-war opinion would get a fair hearing now?
Eight years on, I suggest that the BBC has done everything possible to push the ludicrous notion that US (and UK) foreign policy were key contributors to what happened back in 2001. Jihad comes in many forms. Eight years ago, it turned passenger aircraft into flying missiles. Eight years later, it turns our MSM, including the BBC, into cultural advocates for submission to Islam. I often wonder could we have successfully prosecuted WW2 had the BBC been relentlessly against any fightback against the Nazis? I am sure that the BBC has played a central role in creating the mindset amongst the UK population that fighting back is not really an option when it comes to dealing with Jihad. Instead we must try and win their hearts and minds. In doing so, we revert to 9/10. Sad.
On this day, let us all at B-BBC remember what happened on 9/11.

(NB: This post is not by Natalie, but by occasional B-BBC poster Niall Kilmartin.)

It’s not the jokes, it’s how you tell ’em: BBC red-button news this morning reported the arrests in the US. The final sentence of the report was:

(no emphasis in original) Al Quaida do indeed claim the attack and one would hardly accuse them of lacking militancy, so the sentence is not factually wrong. It seems an odd way to put it – except, I suppose, inside the BBC, where it presumably seems natural to phrase things to accommodate the ‘truther’ viewpoint. (As the post below suggests, some other viewpoints get less consideration.)

Similar ‘how you tell it’ thoughts occurred to me during last night’s 10 o’clock BBC news in a piece on the never-ending expenses scandals. As usual, numbers were balanced: they mentioned one Labour MP and one Tory MP (there are few LibDem MPs so I concede some difficulties in their mentioning a LibDem every time as well). The report on Hazel Blears consisted almost entirely of a summary of Labour MPs’ sympathy for her and criticism of Gordon’s criticism. It was all reportage of others’ views but it had a ‘sorry for her’ flavour and lacked balancing hostile remarks – except Gordon’s, and ‘her behaviour was unacceptable but she’s doing a great job’ (I paraphrase) is already balanced, whatever else you may say about it. No such considerate remarks were reported of the Tory MP whose ducks benefited from our taxes; no suggestion that spending public money on wildlife habitat was very much the norm these days. 🙂 To be sure, there were probably no sympathetic remarks to report: David Cameron’s statement about him was not as ‘balanced’ as Gordon’s about Hazel, and if any Tory felt otherwise, perhaps they (wisely) kept it to themselves.

In this BBC article, US marks seventh 9/11 anniversary, it says:

Mr Obama said in a statement “the terrorists responsible for 9/11 are still at large, and must be brought to justice,” in a reference to the hunt for Osama Bin Laden, who the US believes masterminded the attacks.

Damned if I can see any reason for that phrasing other than to cast doubt on whether it was Osama Bin Laden who masterminded the attacks. Wasn’t Bin Laden’s own video claiming responsibility good enough for the BBC?

We’ve had this despicable pandering to conspiracy theorists before. There was something of a flare-up a year ago today, as it happened. It ended with worldwide hostile interest courtesy of a link from the Drudge Report and condemnation of the BBC from a former head of the Joint Intelligence Committee and BBC governor. See this roundup post.

I’ll finish with some further observations from commenters. From “George R”:

In its report on 9/11 anniversary, the BBC presents the events of that day passively and anonymously:

“..four hijacked planes hit the Twin Towers, the Pentagon and a Pennsylvanian field.”

On today of all days a topic on the BBC HYS page is ‘Should the US review its war on terror?’

… I keep wanting to know where the ‘unsubscribe’ button is on the BBC’s website.

(Added later.) I do find it depressing to reflect how I came to write the above post. Before going to bed last night I scanned the BBC website and, remembering what happened last year, I thought, “At least they wouldn’t dare peddle that line agai– oh. They would.”

Finally, just to lay to rest any doubts: the title was intended as sarcasm.

UPDATE, 13 SEP: The wording of the BBC article has now been stealth-edited to “…in a reference to the hunt for the al-Qaeda leader Osama Bin Laden.” The “Last Edited” field at the top of the page says “17:33 GMT, Thursday, 11 September 2008 18:33 UK”. This is untrue, as I noticed the original and offensive wording that prompted my post hours later than that and it was still there the following morning.

I was reviewing the BBC’s coverage of Richard Falk, the UN’s Special Rapporteur on human rights in “the Palestinian territories”. Now I guess Richard is the kinda guy that the BBC just loves. He has already proven his credentials by comparing Israel to Nazi Germany and thus seems uniquely qualified to occupy this key role as UN human rights rapporteur. No hint of bias there at all, right? The thing is that Richard has also stated that he would like to investigate whether “some sort of controlled explosion from within” destroyed the Twin Towers on 9/11. Now I know he said this on Fox News in the States but I would have thought that the very fact that such a senior UN figure was a 9/11 Truther might have warranted some coverage by the BBC – but apparently not. The State Broadcaster remains mute on the bizarre ramblings of scum like Falk because he is an advocate of pro-Palestinian anti-Americanism – two sacred cows for the BBC.

I caught the BBC Radio 4 News headlines at 6.30am this morning and noticed that the “Save The Guantanamo Six” campaign has now kicked off, following the news that the US intends to try six men, including alleged plot mastermind Khalid Sheikh Mohammed, with plotting the events that led to the mass terror attack on 9/11. The BBC are foaming at the mouth about this story because it combines several of their innate leftist prejudices. The Bush regime (bad) is going to take Guantanamo inmates (innocent, in the wrong place at the wrong time) to a military commission (always bad) and if they are convictedthey could face – gasp – the death penalty (double bad) The first comment came from the UN Rapportuer on torture Manfred Nowak(Remember, Gitmo bad) who was given free reign to imply that the poor Jihadi might not get a fair trial. Indeed I was entertained to hear the BBC reporter explain that he had “broken the news” to Manfred (who was on a ski-ing holiday, natch) that the Gitmo inmates could now face the death penalty. How interesting that the BBC thinks that the first person to speak to after this breaking news is a representative of the morally bankrupt UN which has consistently opposed the war on terror. Here’s a hint for the BBC – why not get in contact with those who lost loved ones on 9/11 and who crave that justice be done? The BBC has been a constant echo-chamber for the anti-war lobby who knee-jerk that Guantanamo be closed and that if there is evidence against those interned there, then bring them to trial. Now that the US is doing just that, they are even more upset because it’s the wrong sort of trial and as all good Beeboids know, there is no justice in the USA, right? (OJ apart) I look forward to the trial and conviction of these alleged Jihadi and hope that they will made their fate – and the death penalty seems about right to me. The world is divided into September 10th and September 11th people – the BBC remains resolutely stuck in September 10th 2001.