So President Trump talks about cutting a really good trade deal with the UK ANNNNND….the BBC wants to talk about chlorinated Chickens. Yup, that bad.  So BMW announce a major investment in Mini plant in Oxford and the BBC wheels along an academic hack to tell us that the batteries for said vehicle will be made in Germany! No agenda there folks, no way! Anywhere this is where you detail the BIAS!

A new week dawns and another week of fake news and bias from the BBC. Will they get through a day without pushing their “PayGenderGap” phony narrative? Detail the bias here!!!

Here’s a great post over on The Shy Society….make sure you read it in full.

“The BBC is routinely accused of bias from the left and the right – therefore it must actually be pretty centrist,” is the line you often hear.

This is a lazy argument and one which we will return to shortly. But let’s just say for a minute that the statement was true and the BBC did represent the middle-ground and the status quo, would that suddenly legitimise their performance? Surely as a public broadcaster they should represent the public? And if the last 18 months has taught us anything it’s that Britain is deeply divided politically – more and more people have moved to either the left or right of politics and reject what they see as the establishment looking after self-interests.

That aside, the argument that the BBC is indeed centrist simply doesn’t stack up when you listen to insider accounts or examine the evidence. Around seven years ago popular newsreader Peter Sissons lifted the lid on his 20 years at the Beeb by saying that its very DNA was “firmly of the left”. He went on to explain that by far the most widely read newspapers were the failing Guardian and Independent and that producers would routinely refer to them for the line to take on running stories.

“I am in no doubt that the majority of BBC staff vote for political parties of the Left,” he explained. “But it’s impossible to do anything but guess at the numbers whose beliefs are on the Right or Centre-Right. This is because the one thing guaranteed to damage your career prospects at the BBC is letting it be known that you are at odds with the prevailing and deep-rooted BBC attitude towards life, the universe and everything.”

Here you go, a brand new Open Thread to see us off into the weekend. Please detail the egregious bias here!

On the day the BBC reveals that 100 of its employees earn more than the PM, here is a new OPEN thread. To me, the scandal is not the red herring of ‘pay gap” but rather one of the annual extortion of £3.5bn from anyone who owns a TV. A stalinist construction in 2017. Thoughts?

Here you go, start a new week of BBC bias by detailing it all here!

In case you may have missed this. Here is BBC Persian’s political commentator Ali Alizadeh who got his political asylum in UK waving the Hezbollah flag publicly in London. 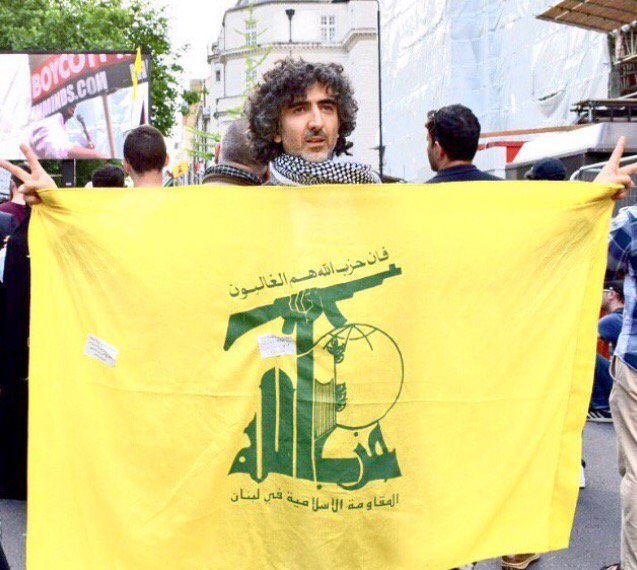 And as the weekend beckons, so does this NEW Open Thread. Detail the bias here please!

Here we go, another week of BBC bias ahead and HERE is where you detail the bias!