Here we go, a new thread to start the week! Detail the bias here!!!

Here we go, a new Open Thread on which to detail the egregious bias of the State Broadcaster. 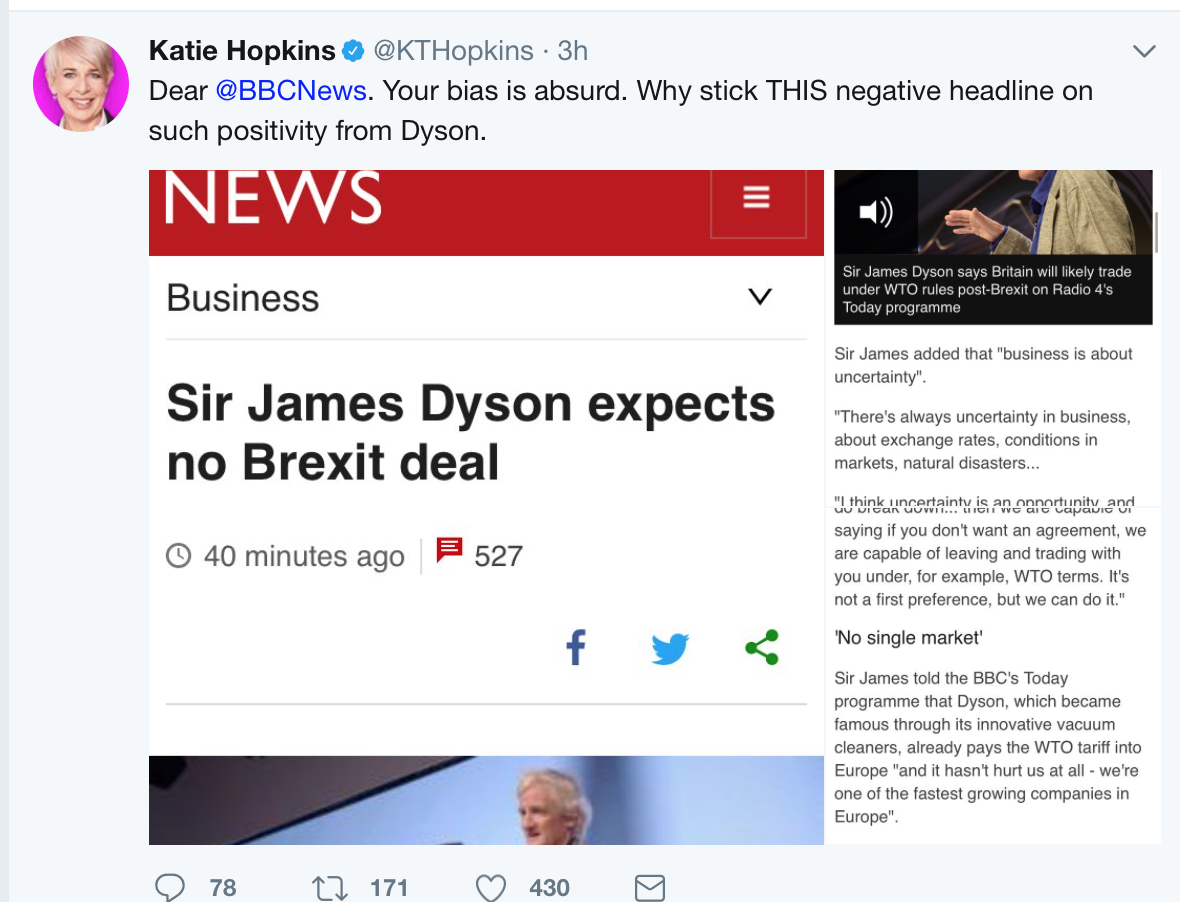 Here we go, middle of the new week and time for a NEW Open thread on which to detail the bias!

Here is where you detail their rancid bias.

Time for a new one of these. As Alan points out, why the BBC are virtually breathless with excitment about a possible “Neo Nazi cell” in the British Army. (Even as they ignore the 30,000 suspected Jihadi amongst us). Detail the bias here!

Whilst the BBC is hostile to any war on radical Islam, there IS at least one war front that it fully endorses. I refer to the war on gender. Yes, the BBC is an advocate of seeking to remove the idea of boys and girls being dfferent to each other. John Lewis are the latest coroporation to pander to this mental aberration and the Today programme had one of the “gender erasure” advocates on this morning around 6.45am to reinforce the idea that boys and girls should be genderless. Incredible really but it’s what passes for normal in the halls of the BBC,

New week dawns and a new one of these required! Detail the rancid BBC bias here!