BBC, along with CNN, are in the dock this morning. The charge, creating fake news! I agree with Katie. The little fake scene was risible. 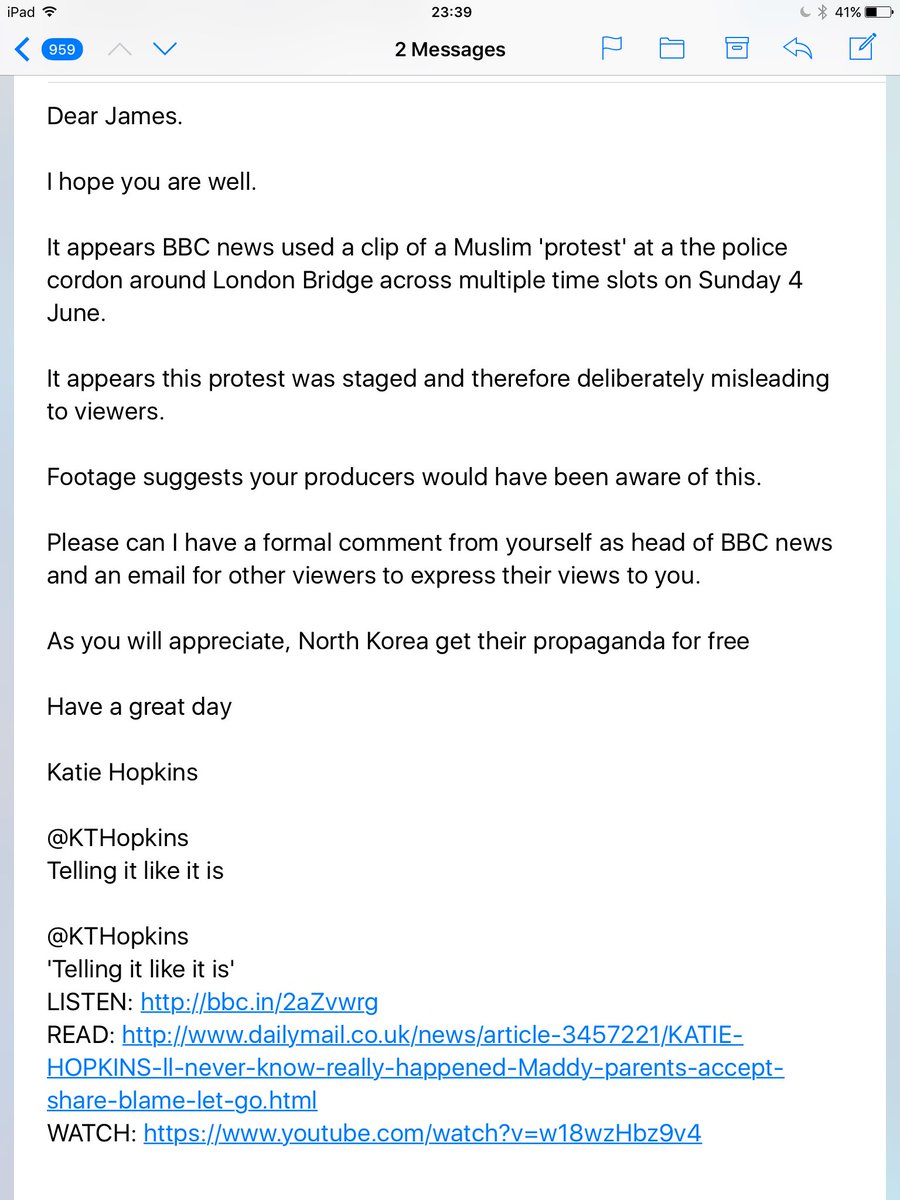