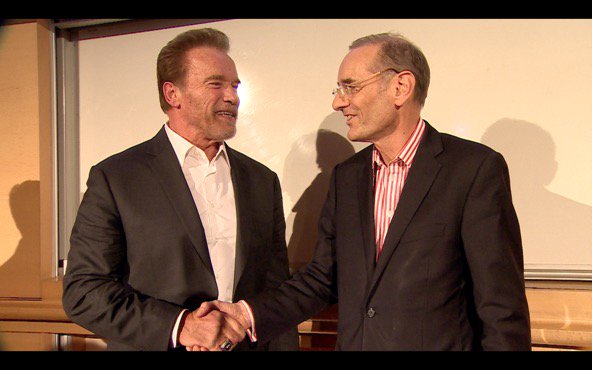 The BBC’s dodgy Roger Harrabin doesn’t miss a trick…very quick off the mark with this smear….

This relates to a Greenpeace attempt to libel a climate sceptic….

Investigators also approached Professor William Happer of Princeton University, who is chairman of the climate sceptic George Marshall Institute and a former Director of Energy Research at the US Department of Energy under the first President Bush where he “supervised all of DOE’s work on climate change”.

Professor Happer, who is a physicist rather than a climatologist, told Greenpeace reporters that he would be willing to produce research promoting the benefits of carbon dioxide for $250 per hour.

Academic for hire?  If he is commissioned to do work he wants paying….as does every other academic…and journalist.

Note the way the smear was worded by Greenpeace…’he would be willing to produce research promoting the benefits of carbon dioxide for $250 per hour.‘

Makes it sound as if he would be willing to make up ‘research’ that fitted in with what the ‘client’ wanted.

This is entirely false……for a start the reason Greenpeace targeted Happer is because he is a sceptic with well known views, he is not someone who believes in the full blown climate change narrative and so is not altering his views for money……Happer states clearly that he would base his report on material he had already produced….

I am attaching a white paper that was written (with major input from me) by new group, the CO2 Coalition, that I helped to organize this past year. Also attached is some testimony I gave a few months ago at a regulatory hearing in St. Paul, MN, on the social cost of carbon.  I would be glad to try to help if my views, outlined in the attachments, are in line with those of your client.

To be sure your client is not misled on my views, it is clear there are real pollutants associated with the combustion of fossil fuels, oxides of sulfur and nitrogen for most of them, fly ash and heavy metals for coal, volatile organics for gasoline, etc. I fully support regulations for cost-effective control of these real pollutants. But the Paris climate talks are based on the premise that CO2 itself is a pollutant. This is completely false. More CO2 will benefit the world. The only way to limit CO2 would be to stop using fossil fuels, which I think would be a profoundly immoral and irrational policy.

Absolutely clear what his views are and that he would not be inventing material to suit the client……also he
would not be receiving any money personally but any payment would go to his group The CO2 Coalition...

The CO2 Coalition seeks to engage thought leaders, policy makers, and the public in an informed and dispassionate discussion about the important contribution made by carbon dioxide and fossil fuels. We seek to shift the debate from the unjustified criticism of CO2 and fossil fuels to one based on a solid scientific foundation. Any discussion of climate change needs to address the extent of our knowledge of the climate system, well-established uncertainties, the limitations of climate models, and the consequences of mandated reductions in CO2 emissions.

Fossil fuels are likely to remain the world’s dominant sources of energy for decades to come because they are abundant, have a high energy density, and are superior to alternatives in terms of reliability and cost-effectiveness.

A labour of love not money….

My activities to push back against climate extremism are a labor of love, to defend the cherished ideals of science that have been so corrupted by the climate-change cult. If your client was considering reimbursing me for writing something, I would ask that whatever fee would have come to me would go directly to the CO2 Coalition.

Harrabin and his mates on the attack….

Always worth a trawl through Harrabin’s tweets.   Check this one out…

And look where that tweet originated…the insurance company Munich RE…ring a bell?  The same company that funded Bob Ward, climate PR spinner and non-scientist, to report a narrative of climate ‘risk’.

While Ward’s employment is ostensibly with the Grantham, he also doubles up as PR man for the CCCEP (Centre for Climate Change, Economics and Policy). The CCCEP is funded jointly by the UK’s research councils and risk insurance giants Munich Re.
The close association between climate alarmists and the insurance industry is no less natural than that between ‘sceptics’ and Exxon. Just as Exxon might be expected to play down the threat of climate change when it suits them, Munich Re can be relied upon to overstate the dangers. Fear of risk is to the insurance industry what oil is to Exxon.

Why doesn’t Roger point out that funding for climate alarmism is coming from the insurance industry that has a huge vested interest in promoting alarmism and getting people to cough up billions in premiums?

And what to make of this….Harrabin up his own backside…looking forward to ‘scientists’ trashing Matt Ridley..

I look forward to reading this. Scientists respond to my @mattwridley int. http://www.carbonbrief.org/scientists-respond-to-matt-ridleys-climate-change-claims …

Trouble is the first thing those scientists did was to tell a porkie and deny the Medieval Warm Period claiming that the present warming is unprecedented in 2000 years….except for the MWP and perhaps even the Roman warm period….they also whinge that it is OK to criticise but the ‘science was new at the time of its construction…and the science has moved on’.  Yes it certainly has…and it shows that the MWP was as warm as today….as the IPCC tells us…

Continental-scale surface temperature reconstructions show, with high confidence, multidecadal periods during the Medieval Climate Anomaly (year 950 to 1250) that were in some regions as warm as in the late 20th century.

Funny how impressed Harrabin is with old Arnie…so much so that he repeats the tweets of his advice several times.  Guess old Arnie must have picked up some ‘science’ when making all those space age Terminator films.

Must be love.  Shame Harrabin will be back.

Oh and look….the Guardian coordinating with the BBC?

All a very cosy club between climate activists, BBC journalists and the Guardian.

7 Responses to BBC Journalist For Hire?