Is the BBC just doing PR for Labour politicians with sagging reputations?

Alistair Campbell was resurrected by the BBC in the public sphere…as noted before, an investment well made as he now defends the BBC.

Brown and his disastrous reign has been conveniently written out of history by the BBC.

Miliband has Desert Island Discs put at his service to pimp his geeky Marxist image as he lags so far behind in the personal polls.

And now the BBC gives space on its front page for this tosh: 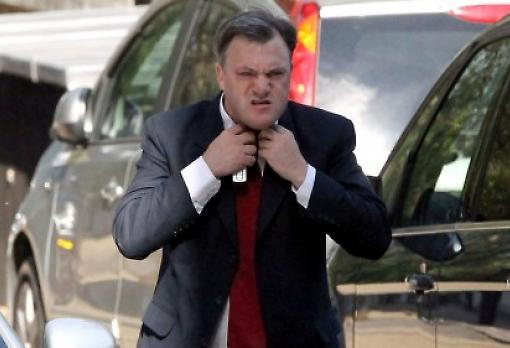 Shadow chancellor Ed Balls is “lovely” at home and does “all the cooking”, his wife and fellow Labour politician Yvette Cooper has told the BBC.

In a leaked email published by the Mail on Sunday last month, one of party leader Ed Miliband’s aides described Mr Balls as a “nightmare”.

Prime Minister David Cameron recently joked in the Commons he could have told Mr Miliband that “three years ago”.

But shadow home secretary Ms Cooper said attacks on her husband were wrong.

9 Responses to Polishing The Nerds