The BBC Have A Muslim As Head Of Religious Programming…Can You Tell? 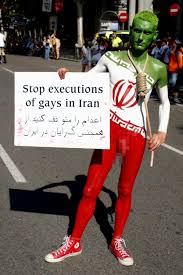 The BBC uses Lent to talk about ‘abandonment’…..

In the third of this year’s Lent Talks, journalist and broadcaster Benjamin Cohen reflects on the fear of being abandoned by his own Jewish community, for being gay.

But Lent is about sacrifice…the complete opposite of abandonment.

The BBC are using the story of Jesus and twisting it for their own anti-Christian…and a bonus for them….anti-Semitic/Israeli…reasons.

So now you know that Jews hate gays also, it’s not just the horrible Christians.  Another strike against the Israelis for the BBC.

But listen to the broadcast and you find out Cohen was rejected by neither his family nor his community….his examples of rejection seem to come more from society in general than Judaism in particular though he does go on to tell of his anger at ‘religions’.

It seemed that a rather thin excuse to bring up this subject of ‘abandonment’ was invented by someone at the BBC as it is unrelated to Lent….promoting gay rights whilst attacking Christianity and Judaism….but not, it might be added, Islam…nowhere was Islam mentioned.

Can you imagine someone at the BBC suggesting using Muhammed as a  comparison for a gay person?

The BBC are always keen to have a Muslim on the screen promoting Islam….but it seems that when the religion could be taken to task over a questionable belief the BBC brings on the fall guys…Christianity and Judaism.

Cohen states that an orthodox Jew believes the Torah is the literal word of God, a devout Catholic believes the Pope is infallible……but no mention of the Muslim belief that the Koran is the unalterable and literal word of God….that might be awkward considering the BBC’s insistence that Muslim terrorists who say they are carrying out God’s work are perverting Islam and therefore shouldn’t be considered Muslims.

Odd…follow the literal, fundamental teachings and you are ‘perverting’….demand change to the beliefs and you are ‘modernising’ and somehow you are still following the ‘real’ religion.

The BBC originally said this:

‘Lent is a time of giving things up. For Christians, it is one way of remembering the time Jesus’ fasted in the desert and is a test of self-discipline.’

The Church of England tells us:

‘The concept of fasting for 40 days is to reflect the 40 days Jesus’ fasted in the desert. Christians treat this time as a way of preparation to Easter and fasting is a recognised way of helping people to focus on their spiritual life and prayer.’

That seems to be the approved description, pretty clear.

‘The Christian season of Lent is traditionally a time for self-examination and reflection on universal human conditions such as temptation, betrayal, greed, forgiveness and love, as well as abandonment.’

That ‘abandonment’ seem to be just tacked on the end there in order to justify the line taken in the Lent Talk….it has a place in Christianity but it is in relation to the crucifixion not Lent.

The Mail reported the story a couple of days ago:

It’s not like the BBC to be coy about the glories of Islam…..usually they trumpet it from the rooftops….but not so keen to say that Islam is a  cesspit of homophobia…..one that not only denounces gays but kills them.

And of course it’s not just Iran….it’s widespread over the Islamic world.

Ah but hang on…Islam does get a mention…or rather a say in the Lent Talks.…

Imam Asim Hafiz, Muslim Chaplain and Religious Adviser to HM Forces, who has just returned from Afghanistan, explores the total abandonment experienced by both sides as a result of war

Can’t imagine what he will say.

Maybe he will add to what the Muslim extremist Tariq Ramadan said last year when he was given a chance to deliver a Lent Talk.

Funny how any criticism of Islam is ‘Islamophobic’ but it is perfectly acceptable to relentlessly disparage and condemn Christians and Jews for their beliefs on the BBC.

How many times have you heard a BBC presenter shout down a caller or contributor when they mention Islam?  It’s a regular occurrence…Islam  should not be mentioned on the BBC if at all possible…not with any negative connotations anyway.

It can only be wondered at what is the effect of having a Muslim in charge of religious broadcasting at the BBC.

53 Responses to The BBC Have A Muslim As Head Of Religious Programming…Can You Tell?