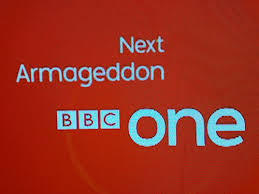 “Current Media was built based on a few key goals: to give voice to those who are not typically heard; to speak truth to power; to provide independent and diverse points of view; and to tell the stories that no one else is telling. Al-Jazeera, like Current, believes that facts and truth lead to a better understanding of the world around us.”

That was Al Gore explaining away his sale of his media company to Al-Jazeera …whose reputation for truth might make Gore think they are a perfect match judging by his climate film ‘The Inconvenient Truth’….which was anything but the truth being a one sided, highly political polemic jammed packed full of  ‘errors‘.

It is a shame that just like the BBC these fine words are no more than just that, elegantly expressed sentiments with little evidence of any attempt to fulfil them in the real world….or as Christopher Booker puts it…. ‘the BBC’s support for the embattled orthodoxy has been so one-sided that it came to be seen as a scandal in its own right.’

However it seems that even the BBC’s own concrete belief in man made global warming has been shaken.

Here Roger Harriban has more hedges than the Grand National whilst the BBC’s David Shukman looks decidedly like a man preparing the ground for a future possible ‘reappraisal’ of the ‘settled science’ in this latest article….Climate model forecast is revised

Despite the possibility that by 2017 there will have been no rise in temperature for two decades Shukman still presses the Met Office belief that the trend is upward and will continue so….whilst managing to stress how uncertain the science is.

Interesting to see how the ‘Sceptics’ are labelled…dismissed as mere ’Bloggers’ with suggestions of ‘conspiracy theorist’ about them.  So despite the computer models failing utterly to predict the climate,  even on a relatively short term basis never mind over 100 years, the BBC still denies any dissenters a serious voice.

In this, a pro AGW  and anti-sceptic article, the importance of good reporting is stressed…..it is of course right about that if nothing else…..suggesting a well informed Public is essential for government policy making in a Democracy….

Is journalism failing on climate?
Stefan Rahmstorf discusses the latest study in ERL on “Cross-national comparison of the presence of climate scepticism in the print media in six countries, 2007”.

The media are the most important means by which lay people obtain their information about science. Good science journalism is therefore a decisive factor for the long-term success of modern society. Good science journalism clearly must be critical journalism, and it requires journalists who know what is what, who can put things into a perspective, and who are able to make well-informed judgements.

Here are some highlights from Shukman’s article:

‘The UK Met Office has revised one of its forecasts for how much the world may warm in the next few years.
It says that the average temperature is likely to rise by 0.43 C by 2017 – as opposed to an earlier forecast that suggested a warming of 0.54C.
The explanation is that a new kind of computer model using different parameters has been used…..it still stands by its longer-term projections.
These forecast significant warming over the course of this century.

If the forecast is accurate, the result would be that the global average temperature would have remained relatively static for about two decades.
Blog suspicions
An apparent standstill in global temperatures is used by critics of efforts to tackle climate change as evidence that the threat has been exaggerated.

The most obvious explanation is natural variability – the cycles of changes in solar activity and the movements and temperatures of the oceans.
The fact that the revised projection was posted on the Met Office website without any notice on December 24 last year has fuelled suspicions among bloggers.

This is an emerging and highly complex area of science because of the interplay of natural factors and manmade greenhouse gases at a time when a key set of temperatures – in the deep ocean – is still relatively unknown.
A paper published last month in the journal Climate Dynamics, authored by scientists from the Met Office and 12 other international research centres, combined different models to produce a forecast for the next decade.
It said: “Decadal climate prediction is immature, and uncertainties in future forcings, model responses to forcings, or initialisation shocks could easily cause large errors in forecasts.”
Scrutiny of Met Office forecasts and climate science generally is set to increase in the build-up to the publication of the next assessment by the UN’s Intergovernmental Panel on Climate Change (IPCC) in September.’

The BBC’s tame scientist, Prof. Steve Jones, a geneticist, also has great disdain for the sceptics and is avidly pro AGW claiming….the sheer nastiness and clear prejudice of his comments should have precluded him from having any place in a review of bias in the BBC‘s science reporting…:

‘‘Global warming is a myth.” Type that into a search engine and you get thousands of hits….The subject has, alas, become the home of boring rants by obsessives. ‘

Ice ages come in slowly, but go out with a bang.

The collapse came when climate reached a tipping point.

Then came the end.

A slight increase in the Sun’s output was matched by the disruption of deep ocean currents caused by cold fresh water sinking from the melting floes above. As the glaciers began to dissolve, their waters roared towards the sea.

Most of those ingredients are evident today, but millions insist that the warming story is made up. It’s enough to make a frog laugh.’

Whilst Jones and Co seek to use myths to back up their science back in the real world the truth is out there if the hard working and integrity driven journalists of the BBC would care to look.

Here is a small but telling comment from an environmental report which says that it is not wind farms that will save the world but a drive to make energy use more efficient….

‘How much energy the world consumes going forward turns out to be a much bigger swing factor for climate change than the availability of technologies like solar and wind power, biofuels, and so on,” said IIASA researcher David McCollum, another co-author.”Energy efficiency, improved urban planning, lifestyle changes – these things on the demand side of the energy equation are so important; yet they receive relatively little attention compared to the supply side.” ’

There is also this inconvenient fact about wind power….
‘Just before Christmas, the Renewable Energy Foundation published The Performance of Wind Farms in the United Kingdom and Denmark, showing that the economic life of onshore wind turbines is between 10 and 15 years, not the 20 to 25 years projected by the wind industry itself, and used for government projections.
“Bluntly, wind turbines onshore and offshore still cost too much and wear out far too quickly to offer the developing world a realistic alternative to coal.”
As a consequence, the lifetime cost per unit (MWh) of electricity generated by wind power will be considerably higher than official estimates.’

Perhaps this report explains partially the BBC’s failure to report the full breadth of the climate debate:

‘A new report into science and the media has found that in some respects specialist science news reporting in the UK is in relatively good health.

But the research also warns about the serious threat to the quality and independence of science reporting posed by the wider crisis in journalism.

“Most of the journalists we interviewed complain about severe workload increases, almost half say they’re mainly passive recipients of news rather than uncovering original stories themselves, a fifth say they don’t have enough time to fact-check stories they publish, and around the same number say they rely too much on PR material. These are all serious problems for the quality and independence of science news.”

This article on pro sceptic newspapers can be turned on its head to give us an insight into the BBC’s attitude towards ‘Sceptics’, an attitude not so much based upon attempting a real balance in science reporting but on the BBC’s  own political leanings:

‘There is some evidence for arguing that there is a strong correspondence between the political leaning of a newspaper and its willingness to quote or use uncontested sceptical voices in opinion pieces. ‘

Whilst newspapers can do as they like and support what they like the BBC is by law supposed to be impartial and balanced in its reporting….it is anything but in many fields, climate just being one of them in which it shows a distinct bias towards one side of the argument.

Should the present stalling of global warming continue there are going to be a lot of red faces and a great deal of back tracking and explaining to do.

It might seem fortuitous that Richard Black jumped ship, or was pushed, before the reckoning comes.  Harrabin must already be making room in his phone book for the hated ‘bloggers’ numbers just in case.

Addendum:  Anyone with time on their hands might want to have a look at this site which gathers together all the climate articles from around the world on a daily basis.

‘The Carbon Capture Report (http://www.carboncapturereport.org/) is a free and open service of the University of Illinois devoted to being the preeminent global resource for tracking worldwide perception and developments in Climate Change, Carbon Capture, Carbon Credits, Alternative Energy, Renewable Energy, Green Energy, Biofuels, Geothermal, Hydroelectric, Natural Gas, Nuclear, Solar, Wind, Coal, and Oil. With subscribers in more than 100 countries the Report has become the go-to resource for daily insight into the global media discourse.’

19 Responses to It’s Enough To Make A Frog Laugh