There But For The Grace Of God 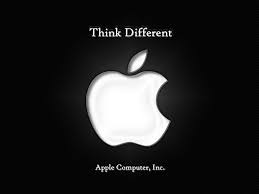 ‘Comparing the boastful narration with its shrugging response to the bug is instructive. In the world of Apple, its devices are magic and any acknowledgement that they’ve failed to live up to that dream is quietly filed on its support site.’

That was of course a comment on Apple’s lack of response to customer complaints…and continues further on to suggest why that is such a problem for such a massively successful company…….

‘….It’s easy to dismiss the Do Not Disturb bug as trivial and in isolation it is, but over time Apple’s response to problems and the number of irritating little errors that pop up in iOS could begin to mount up in the public consciousness.  And while Apple’s successes get massive coverage, it’s mistakes are equally magnified.’

You might have had a feeling of deja vu as you read that, a feeling that some other rather large and ‘magic’ and rather boastfully proud corporation could just as easily be being described.

No prizes for guessing which one I’m talking about.

But here is a classic example of that Corporation’s unwillingness to respond in an honest and open way to questions:

…but it refuses to do so.

Kind of strange from an organisation that prides itself not only on its own accountability and transparency but also on its power to hold others to  similar account.

How can it possibly demand answers when it refuses to answer exactly the same questions itself?

11 Responses to There But For The Grace Of God