David beat me to the draw on our secret Marxist’s pro Chinese political system eulogy….I had been laughing so much since first reading it that I didn’t dare bash out a piece on it in case I choked on my own incredulity.

Others are not so credulous as our Mr Jacques:

The forces of reaction and economic folly threaten to prevail in China. The long political arm of Jiang Zemin has reached out from the shadows to thwart reform, with huge implications for Asia and the world.

It is a bit remiss of the BBC not to mention Martin Jacques’ background….might seem kind of relevant when he is beating the drum for the world’s biggest Communist state.

I was particularly taken by a few comments of his that were exceptionally ill-founded:

In my first talk I explained that China is not primarily a nation-state but a civilisation-state. For the Chinese, what matters is civilisation. For Westerners it is nation.

Really….tell that to the Taiwanese…or the Japanese who are currently battling with China not over cultural ideals but some very concrete islands….for ‘national ownership’…or the Tibetans who are all ‘Chinese’ now.

Here he tells us:
Take the economy. China’s economic rise – an annual growth rate of 10% for more than 30 years – has been masterminded by the Chinese state.
It is the most remarkable economic transformation the world has seen since the modern era began with Britain’s industrial revolution in the late 18th Century.

Has he never heard of Japan, or Taiwan, or South Korea or Hong Kong or Brazil or India?   All countries that have turned from agricultural backwaters into booming industrial powers.

Here he tells us of the love of the Chinese people for their government…a family member…. 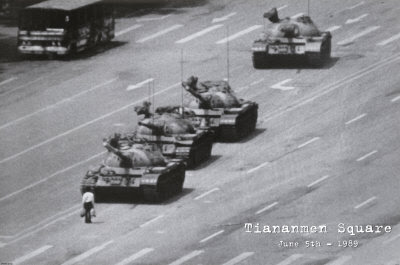 ‘The Chinese idea of the state could hardly be more different.
They see the state as an intimate, or, to be more precise, as a member of the family – the head of the family….What’s more, they perceive the state not as external to themselves but as an extension or representation of themselves.’

Presumably that ‘family member’ looking after them is ‘Big Brother’.

And there’s more:
‘The fact that the Chinese state enjoys such an exalted position in society lends it enormous authority, a remarkable ubiquity and great competence.’

Really?   I thought it was the massive number of Commissars and the Chinese People’s Liberation Army that, er, meant the State enjoyed such ‘respect and authority’.

As for ‘competence’ creating the Chinese economy….well yes…that of Western Businessmen who have moved their factories lock,  stock and barrel to China for the cheap labour…..the real reason the Western economies are in dire trouble is not the Banks…but the businessmen…and this is the reason we are seeing the ever increasing gap between the rich and the rest in the West……

“There are two systems in collision,” said Ralph Gomory, research professor at NYU’s Stern business school. “They have a state-guided form of capitalism, and we have a much freer former of capitalism.” What we have seen, he said, is “a massive shift in capability from the U.S. to China. What we have done is traded jobs for profit. The jobs have moved to China. The capability erodes in the U.S. and grows in China. That’s very destructive. That is a big reason why the U.S. is becoming more and more polarized between a small, very rich class and an eroding middle class. The people who get the profits are very different from the people who lost the wages.”

Not an analysis you hear too often, or at all, on the BBC….but one that is probably the most important truth about the Western economies.  The BBC are so intent on bashing bankers that they ignore the real story.

Here in another article he tells us that China is a religion of peace…..

I don’t think we should assume that China will throw its weight around militarily the way the US or the European nations have.

Naturally he is following in the footsteps of many other BBC favourites…and not a few BBC staffers:

Mr. Soros even went so far as to say that at times China wields more power than the U.S. because of the political gridlock in Washington. “Today China has not only a more vigorous economy, but actually a better functioning government than the United States.”

“Sometimes you look at countries like China and you think, ‘Wouldn’t it be nice to be an autocracy in times like these?'”    Matt Frei, Americana, September 20, 2009

The New York Times’s Thomas Friedman finally gets to where he’s been wanting to go all these years. Everything would be so much better if we could just submit to the benign rule of an enlightened elite:
‘One-party autocracy certainly has its drawbacks. But when it is led by a reasonably enlightened group of people, as China is today, it can also have great advantages. That one party can just impose the politically difficult but critically important policies needed to move a society forward in the 21st century.‘
And of course the ever quotable Andrew Marr:
“..the final answer, frankly, is the vigorous use of state power to coerce and repress. It may be my Presbyterian background, but I firmly believe that repression can be a great, civilising instrument for good. Stamp hard on certain ‘natural’ beliefs for long enough and you can almost kill them off.”

BBC climate change advocates seem particularly attracted to the imposition of dictatorial rule in order to plaster the landscape with wind turbines and close down business:

This recent radio broadcast by the BBC’s “Ethical Man” Justin Rowlatt and tell me whether you find it as scary as I do.
‘I have a feeling that climate change may be an issue as severe as a war. It may be necessary to put democracy on hold for a while.‘
Here’s Rowlatt’s opening:
‘Climate change is a divisive issue. I believe that it is a
real threat and needs to be tackled. I know many people disagree. But
whatever you believe you should be concerned about how our society
responds to the issue because there is a growing view that mitigating
climate change means we have to change our view of democracy.’

And of course we couldn’t leave out the sadly no longer with us, Richard Black:
‘In a nutshell: does the way humanity governs itself need a series of tweaks or a complete overhaul, in order to meet the broadest ambitions of improving the lot of the planet’s poorest, safeguarding nature and making the global economy more sustainable? This might appear undemocratic; but …..‘

All in all I think Mr Jacques needs a regrade for his effort….he seems to have been given far too high a degree of respect from the BBC…..perhaps, looking into the crystal ball he should go for another line of work….for a time when China does become a democracy and allows people like him to say what they like on the national broadcaster’s platform.

13 Responses to TRADING JOBS FOR PROFIT