How the BBC loves Labour harpie Caroline Flint. She was given great prominence on Question Time last week and today her attack on the Coalition’s energy policy is the lead story in the UK.  What amazes me is the way in which the BBC co-operates fully with Labour revisionism of political history. It is if 1997-2010 never happened. (However the Thatcher years must never be forgotten.) The hyopocrisy from Flint and co is staggering but the BBC never actually challenges the meme. I suppose that is because they agree with it. 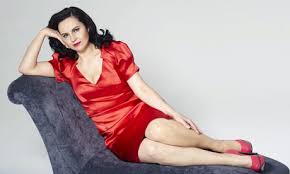