Utter And Complete Dishonesty From Evan Davis And Today

“The power of the television networks does not lie in their economic power but in their ability to manipulate opinion. The degree of concentration in television is an attack on democracy. It gives them enormous power to extort.” 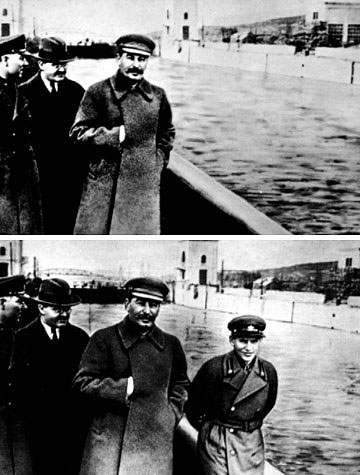 A more dishonest appraisal of Europe would be hard to find in an astonishingly partisan piece about a European Referendum on Today with Evan Davis interviewing Peter Kellner…as Davis tells us ‘from the polling group ‘YouGov’.

Kellner told us that although there was a majority in the country for a referendum on Europe and for some form of cutting ties with ‘Europe’ he says we can ignore this…although people say Europe is a major concern…you know what….he thought it wasn’t really…if you ask them what was a major concern in their personal lives it wasn’t Europe.

Well no, if I have tooth ache it’s going to be tooth ache I’m concerned about immediately or the kid’s school etc…but I would still be able to drag myself down to the polling booth and vote on Europe oddly enough.

So he tells us, no one is really all that bothered about Europe…and when they start to really consider what  damage would be done to Britain if we withdrew then they all start to be more positive about Europe…Kellner putting words in people’s mouths…doing what the ‘elite’ do best…thinking for us because we’re too ignorant or prejudiced to have considered, well informed views ourselves!

Just as Stalin airbrushed out of history those he fell out with, Kellner and the BBC airbrush out your concerns…‘they’re not real, you don’t really think that…now go away and let us get on with the important work running the country for  you but in our own way.’…in fact they don’t just airbrush your concerns they airbrush you as a person, they show utter contempt for you firstly by arranging this charade on Today to try and fool us and then to contemptuously dismiss your views as the thoughts of children…mere whimsy or flights of fancy not grounded in reality at all….based on ‘trying to keep the world at bay’ as Kellner said…what he really meant was you’re all racist, xenophobic Little Englanders.

And all happily endorsed or encouraged by the Labour leaning Evan Davis.

You have to ask why Davis didn’t ask all this of John Humphrys of course…who is part owner of and commentator for YouGov.

What Davis doesn’t tell us is that Kellner is a Labour man through and through….and!!! as pointed out by ‘John in Cheshire’ in the comments…. ‘Mr Kellner is married to that stalwart of the EU nightmare, Cathy Ashton.’…and of course she is a Labour politician.

You couldn’t make this up….failure to disclose such information by Today is, what, it’s just corrupt….the BBC engaging in manipulating opinion and votes by a totally and shockingly dishonest portrayal of  someone they present as an ‘honest Broker’, someone completely impartial.  And it’s all lies.

What  are some of Kellner’s personal views?… a read of this…in the Guardian naturally, soon tells you he may not be all that impartial when it comes to Europe or immigration or how to run the economy.

Here are truths that I (Kellner) believe Labour needs to recognise:

The European Union is  good for Britain. Again, Labour should not be cowed by the euroscepticism that YouGov and other pollsters repeatedly portray.(Just ignore the people)

Keynes was right.  Governments must support the economy and boost demand when growth has stalled. I agree with Ed Balls when he says that the priority must be jobs rather than pay. Labour should be arguing for job-intensive government spending over the next year or two, such as house-building and road-mending, rather than tax cuts.

Immigration is overwhelmingly a blessing. It brings to these shores new ideas, new enthusiasm and entrepreneurial talent. Those who say immigration does harm, or imply that there is a problem by setting artificial curbs on the numbers coming to Britain are wrong – historically, culturally, economically and morally. But Labour will never win votes by compromising on immigration – the right will always outbid us.

This kind of deception matters hugely…here the BBC have brought in  a ‘ringer’, someone who is intent on fixing the game so that the scorecard is always in their favour.

Jimmy Carr was avoiding taxes, here the BBC are avoiding and sidelining Democracy.  Its blatant lies, little deceits and omissions are all designed to ‘nudge’ us into quiet acceptance of the European Union or whatever other pet project such as immigration, the BBC supports.

They hope you won’t notice…but who cares if you do? …what are you going to do about it?…complaining will get you nowhere and MPs are too afraid to move against the ‘family favourite’ that is Aunty Beeb.

“The power of the television networks does not lie in their economic power but in their ability to manipulate opinion. The degree of concentration in television is an attack on democracy. It gives them enormous power to extort.”