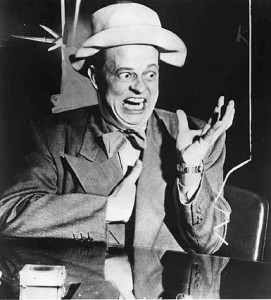 The latest strategy from the pro-Euro lobby has been put into operation….

BBC: If the Eurozone creates a banking union we’re going to be isolated and frozen out aren’t we, without influence?

Expert: Yes, we’re going to be hugely disadvantaged as Frankfurt or Berlin crushes the British financial industry and we are on the outside looking in as the new European empire led by Germany takes on the might of the USA and China..

BBC: Anybody got any other ideas?  Oh, funny, there’s no one here….but no of course not, Europe it is then!

This has always been the position of the critics of the British position on Europe. When Cameron refused to sign up to the last financial treaty he was roundly criticised for leaving us isolated and away from the negotiating table where we couldn’t influence anything.

However not long after Germany was banging on our door to negotiate….why? because Britain has one of the biggest economies in the world…..hard to isolate that, especially when Europe sells around 40% of its goods to us….and they want to buy 40% of our exports.

And what of Germany? Merkel has consistently refused to sign up to a fiscal union or even to allow the ECB to issue Eurobonds…no cries of ‘you’re isolated and powerless’ in her case.

Just how much of this vaunted ‘influence’ would Britain have in a European parliament in a political and fiscal union? Not much. Whereas now we could in theory run our own affairs under British parliamentary sovereignty (in practise of course Europe makes 80% of our laws), sign up to the German Empire and we would have around 72 seats out of a total of 754….and if Europe increases in size of course we have even less voting power as more MEPs come in from, say, Turkey.

And bare in mind the European Commission, that is, the Euro government, is completely unelected by the people. 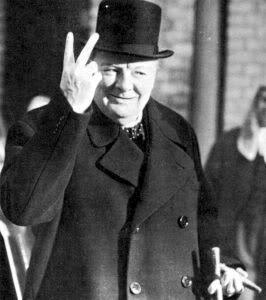 So we would have around 10% of the vote….whereas now we have 100% of the vote in our own country. Were we to fully subsume our democracy under the European yoke we would be run by the vested interests of smaller countries ganging up to vote themselves big pay rises in Euro subsidies….and there would be little we could do about it. 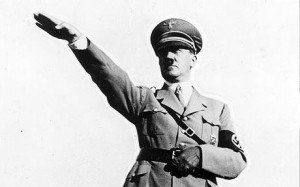 The BBC seems to love a Euro Empire solution….because it is the solution to all our problems…simple, a walk over…at least by Germany, & that worked out well before:

The economic and financial solutions to the eurozone crisis are actually surprisingly straightforward. 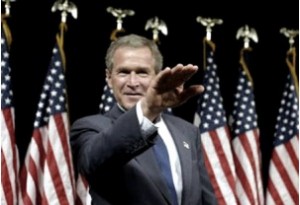 Just ask how the exact same problems have been solved by the members of that other large (and much better functioning) single currency area – the United States of America.

In the long-run, a US-style federal budget may be needed to cover the cost of recessions, so that individual governments don’t risk going bust when their national economies get into trouble.’

Problem with that? Many States in the US are bust…California, despite the undoubted(?) benefits of massive immigration of cheap labour from Mexico, have gone broke. The BBC’s solution…massive injection of funds from central government.

How about Wisonsin? What was their solution? Cut budgets, re-negotiate pay awards and demand efficiencies….put the budget on a sound footing…and then get re-elected. Simple. But not in the BBC play book.  What’s that word?  Oh Yeah…Austerity…and financial responsibility!  Simple.  Easy.

Did you know that…..‘The new French President Francois Hollande was elected on a platform demanding a “growth pact” in Europe – a set of reforms designed to boost European economies.’

I thought he was elected by the French people to run the French economy.

Another BBC plan….Plan B in fact…spend, spend, spend…don’t ask where the money comes from or how this way of working worked out for Gordon Brown…or indeed the hospitals now staggering under the bills for PFI new builds.

‘The eurozone may need to pay for large-scale investment in infrastructure, particularly in southern Europe, much in the way that West Germany invested in rebuilding East German after reunification in 1990.‘

Such spending nearly crippled Germany and now the BBC wants them to fund the rest of Europe rather than Europe sorting its own economy out and making it cost effective and productive.

However strangely the BBC also recognises the need for fiscal responsibility…short term pain for long term gain….and yet fail to mention that to Ed Balls when he pops up with his plan to splurge cash on ‘infrastructure’…no cries of ‘you’re being short term and reckless’ then.

‘All Europeans (and especially southerners) are having to implement structural reforms that will increase their long-term growth and strengthen government finances (although at the risk of hurting growth in the short-term). These include removing restrictions on market competition, raising the retirement age, laying off (over many years) a lot of state employees, and making it much easier to hire and fire employees.’

and look…….‘Mr Hollande has resisted many of these reforms in France.’ All the talk about the grand new plan for growth lead by Hollande is just short term rhetoric….eventually the austerity will hit….and be all the harder when it does.

And finally……actually the problem in Europe is too much efficiency….German efficiency that is…the answer….bleed Germany dry and dole out enormous dollops of german cash to Southern European countries…that’s a pretty long term solution isn’t it?….in fact isn’t that the BBC’s answer to world ‘problems’….sandbag the Western economies and hand out huge payments to 3rd world countries….sounds like a recipe for no one making a profit….and no industry, no schools, no medicine, no progress and no better lives for the 3rd world at all….and isn’t that the ‘new’ or at least openly admitted objective of the climate change lobby as signed up to at Rio+20? It really is all about Marx.

Here’s how the BBC explains it all:

‘To make a full banking, fiscal and monetary union work, the eurozone governments would need to hand power to a central authority (the European Commission) that can pay for and supervise all of the above

Most of the above reforms involve Germany sharing its wealth with the rest of Europe (and all European nations handing power to Brussels).

“Rebalancing” means solving the big underlying competitiveness problem faced by southern Europeans that led to their economies racking up so much debt in the first place.

The ECB and German government may need to stimulate high wage inflation in Germany for several years in order to eliminate the country’s current massive competitive trade advantage over southern Europe.’

Ah yes that old problem…too much efficiency…an anthema to anyone who gets paid from the Public Purse….is that the tea trolley I hear rattling down the corridor?