BBC BEHIND THE TIMES.. 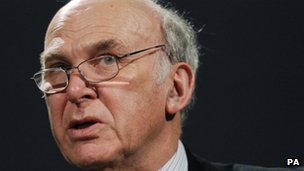 Whoops. B-BBC contributor Alan detects a rather fishy smell about a BBC claim leading their news today,,,
“BBC are claiming that their hero Vince Cable’s letter was leaked to them:

‘Vince Cable has called for Royal Bank of Scotland (RBS) to be split up, in a letter leaked to the BBC.’

But according to this comment in the Telegraph the letter was published in full by the FT over 3 weeks ago.

‘This was published in full in the FT three weeks ago, so pray tell me how and why is this now ‘news’.
You’d expect it from the comerstose BBC but the DT really!’

The FT: (behind paywall)
http://www.ft.com/cms/s/0/db4adf08-558c-11e1-9d95-00144feabdc0.html#axzz1oMhmwOab
High quality global journalism requires investment. Please share this article with others using the link below, do not cut & paste the article. See our Ts&Cs and Copyright Policy for more detail. Email [email protected] to buy additional rights. http://www.ft.com/cms/s/0/db4adf08-558c-11e1-9d95-00144feabdc0.html#ixzz1oMhvchKd

16 Responses to BBC BEHIND THE TIMES..