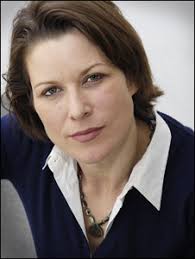 Ed Balls’ andLabour’s whole line of attack on Coalition economic policy has been blown outof the water by the IFS ‘Green Budget’ report but strangely enough this is not considered ‘headlinenews’ for the BBC’s economic guru Stephanie Flanders.


“Balls claims that Osborne’s economic policies have cut growth and increasedborrowing because of that. The IFS report resoundingly shatters that delusion saying that Labour wouldhave caused borrowing to skyrocket by an extra £200bn in 7 years:

‘In a blow to shadow chancellor Ed Balls, the IFS undermined Labour’s argumentthat cutting ‘too far and too fast’ has driven up borrowing by choking offgrowth. The watchdog said that under the plan proposed by former Labour ChancellorAlistair Darling before the General Election, the deficit would be £76 billionin 2016-17 rather than the £24 billion currently forecast. In total, a Labour government that followed Mr Darling’s plan would haveborrowed around £200 billion more over the seven year period than planned bythe Coalition.’

But what does the BBC tell us in the shape of Stephanie Flander’s‘Steph’n’Nonsense’ blog? She fails to mention Labour’s extra £200bn borrowing at all though she does deignto tell us that perhaps the extra Coalition borrowing is not caused by theausterity policy….but this is merely ‘a small poke in the eye’ forBalls…not headline stuff!

‘Is Ed Balls right to blame the government for this poor performance? The IFSdoesn’t answer this directly. Labour would say that the extra tax rises and spending cuts introduced by thecoalition have been a waste of time – indeed, may even have hurt borrowing bytanking the recovery. There’s a complicated answer to that question in this report, but the bottomline is that the IFS does not really buy the Ed Balls version of reality. The think tank does not think the extra borrowing has been caused by the extraausterity, or not very much of it. Not a great headline, perhaps – but another small poke in the eye for Ed Ballsfrom the guild of independent economists.’

A major plank of Labour’s attack is torpedoed and Flander’s thinks this is notheadline news…in fact not news at all…as she doesn’t mention the £200 bn albatross. However credit where credit is due…she does reveal this!

‘Kevin Daly from Goldman Sachs noted recently, the official story that we havepermanently lost at least 7-8% of our national output in this crisis impliesthat the past few years have done more lasting damage to our economic potentialthan either World War II or the Great Depression.’

‘More lasting damage than WWII or the Great Depression’! And note the weasel phrase ‘past few years’…..the Coalition has been in powerfor nearly 2 years…is she suggesting that they are to blame?

She seems reluctant to state the unvarnished truth, namely that economic stabilityand potential has been destroyed by Gordon Brown and his team of Treasuryadvisers….that is Ed Balls and Ed Miliband….currently the two main playersin the Labour Party car crash now….and of course both ex boy friends of theBBC’s very own Stephanie Flanders.

This (http://www.bbc.co.uk/news/business-16829768)is the official BBC report on the Green Budget…and is intent on claiming theIFS supports Ball’s policies of more borrowing and ‘stimulus’…and of coursefails to mention all the above.