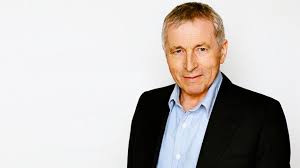 I don’t listen to ANY QUESTIONS very often, after all there is only so much BBC that the human spirit can take. However as fate would have it, I did catch this most recent programme. It was from Wirral, so perhaps that was a warning. On the panel were;  Work and Pensions Minister, Maria Miller; Liberal Democrat President, Tim Farron; Shadow Secretary of State, Andy Burnham; and geneticist, Professor Steve Jones. So, that makes THREE to the left and ONE to the moderate right. What could be more balanced?

The first question raised, and I kid you not,was concerning the NOBILITY of Chris Huhne’s decision to step down and defend himself against the allegation that he and his wife colluded to pervert the course of justice. There was universal praise for Huhne, with Steve Jones even comparing him to a pearl.

There then followed a discussion of David Lammy and the “smacking” issue. Again the panel were in agreement that smacking your child is basically child abuse, if not savage. Evidently no one on the panel or even in the audience was prepared to say that judicious smacking is a perfectly acceptable part of parenting, all the more surprising when one reflects on the statistic that 55% of parents support it. Oh, and my source is this GUARDIAN poll. Yet in the BBC audience, 100% oppose it. So, the BBC audience is even further to the left than Guardianistas – quite a feat,

The discussion moved on to NHS reform and as you might expect, only Maria Miller was in favour. Burnham, Farron and Jones trotted out every asinine NHS cliche you could imagine. Again the view of the Government was clearly portrayed as a marginalised view with “most” opinion on the panel and in the audiencefavouring just keeping the NHS as it is. Burham was allowed to grandstand.

I lost the will to live at that point and tuned out but one does have to wonder how such an unbalanced and unrepresentative programme can get away with such visceral bias. Or so I think.

9 Responses to ANY QUESTIONS