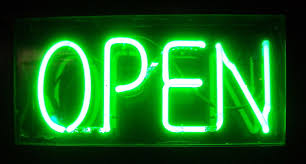 A new Open Thread for your edification – in Hulk green just in case you are angry….