A couple of days ago he was getting his panties in a bunch about those evil Koch Brothers, today it’s the Anglo-Saxon world in general:

To those who despair of the success of sceptical lobbying, the message is clear: learn one of the languages of Brazil, China or India. 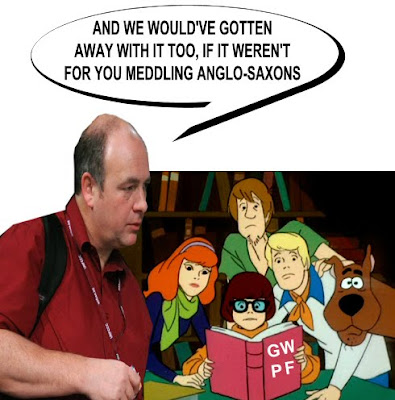 Black’s article – which bemoans the apparent undue influence of climate scepticism in English-speaking countries – is based on a report by a former BBC journalist (naturally) from the Reuters Institute for the Study of Journalism. The RISJ is funded in part by George Soros – a good-guy evil capitalist who uses his money to promote the sort of left-wing propaganda approved of by BBC journalists. Other funding for the RISJ comes from the BBC, the BBC World Service and the British Council, which means we pay for it at least three times over. And one of the ubiquitous Joseph Rowntree trusts is involved too, of course.