Quite the red carpet treatment from the BBC for Arianna Huffington as she launches the UK version of the Huffington Post this week. Last night Newsnight: 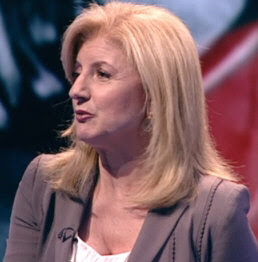 This morning BBC Breakfast and an interview for Radio 3. Tonight Radio Five Live’s Richard Bacon will be hosting a Huffington Post event (and naturally he’s impressed with the new site).

Let us know if you’ve spotted Arianna on the BBC or have seen BBC employees gushing about HuffPo UK. You could win a monetary prize equal to the amount Ms Huffington pays her bloggers.

Update. She’s on the Richard Bacon show this afternoon. So far that’s BBC1, BBC2, and Radio 3, 4 and 5. CBeebies next?

Update. She’s been on enough channels – you’d think they would know how to spell her name correctly: 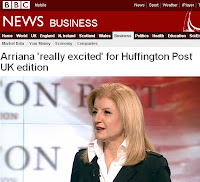 And another BBC online report here (h/t RGH). Bono will be getting jealous.