The Today programme is now producing its own anti-government protest songs. It was only a matter of time, I suppose.

Business presenter Adam Shaw sat down with Robbie Williams’ songwriter Guy Chambers to come up with a tune about government pension proposals. Listen to the result here.

We make two big journeys in our story it’s often said,
One when we are married, one when we are dead.
I thought we were protected by a golden trust,
Now I’ve been abandoned, your words have turned to rust.
I’m betrayed
This bed we made
Went off the rails
We lie on nails
I’m betrayed
Our dreams they fade
We had a deal
And still you steal 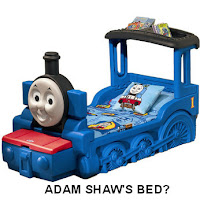 Incidentally, is anybody else getting more than a little sick of BBC journalists doing these “look at me” reports which serve little purpose other than to raise their own profiles and create a bit of ego-soothing Twitter buzz?