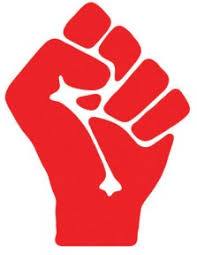 BBC seem to be enjoying the bellicose threats coming from the Trade Union comrades. Today we have the (helpful for the Unions) news headline from the BBC that Unison and other unions could bring about the biggest wave of strikes since 1926. This, of course is in defence of the unsustainable pension provision that the State workers demand, beyond their already inflated salaries. In a hilarious example of just providing us with one side of the narrative, the BBC quote Unison’s Dave Prentis and then invite on TUC leader Brendan Barber in order that he can provide the much needed balance by..agreeing with everything Comrade Prentis said! This is a perfect BBC meme – evil Tory led Coalition attacking helpless low paid kindly public sector workers. Danny Alexander is getting it in the neck for daring to suggest a degree of balance and at every point the BBC is selling the Union line. What a disgrace.