Can you imagine the coverage the BBC would have provided had George W Bush signed the WRONG YEAR in a visitor’s book at Westminster Abbey or entirely fluffed a toast to Her Majesty? But when Obama does it, why it a mere “hiccup”. One rule for one…. 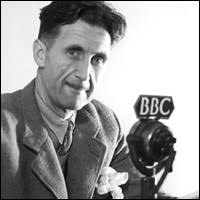 Mid-week and time for a new open thread! Are you enjoying the BBC’s sycophantic coverage of The One’s visit? Any other issues bothering you? Let me know…!

Energy companies, thank God, are not consumed with green lunacy to the extent that they have stopped exploring for new resources. Cairn Energy, for example, is a UK success story which is making £1bn a year pre-tax profits drilling for oil in areas such as Greenland and India in some of the harshest environments on earth. The annual report shows that company operations pay sensible respect to environmental issues – but at the same time, Cairn gets on with its difficult and routinely dangerous business without kow-towing to greenie pressure.

Richard Black, though, is not happy. He’s launched a major assault on new fossil fuel exploration, couched in lefty-speak; Denmark (elsewhere a hero of windfarm development) is here a “quasi-colonial power”. And his main aims in this piece about the exciting news that there are abundant new fossil fuel resources in the Arctic, are to peddle Greenpeace poison propaganda that such fossil-fuel exploration should not be going on at all, to hero-worship Greenpeace efforts to disrupt legal drilling operations, and to suggest – by implying that deep water drilling is beyond-the-pale dangerous – that Cairn don’t know what they are doing. Of course BP made mistakes in the Gulf of Mexico, but they have learned by them; nevertheless our Richard clearly believes that all such activities should cease, in line with Greenpeace’s eco-fascism. Here’s his BBC-creed sermon:

Basic science tells you that in colder water, oil products are going to remain intact for much longer before being broken down. Rescue and clean-up operations will be more difficult in the roiling Arctic than in the relative calm of the gulf. The second reason is that in an era when virtually all governments say they’re committed to reducing greenhouse gas emissions, how is it sensible to be investing money in finding new stocks of fossil fuels to exploit?

Presumably, he wants instead companies like Cairn to start investing in windpower and other renewables. But the reality of “renewables” impact on the environment is beyond his analysis. Matt Ridley – as I also pointed out yesterday – spells out here that BBC-approved “renewables” are causing the first large-scale deforestation of Britain in centuries, by generating demand for “biomass” (note the greenie doublespeak – it’s actually mostly wood they mean)to burn. And even the BBC can’t ignore that windfarms are not only hugely inefficient, they are also hated with a passion – and their frenzied construction is blighting our landscape on an unprecedented scale. Yet our political class (here the Welsh Assembly) pig-headedly don’t give a damn. And Richard Black doesn’t have the brainpower, honesty or will to make the connections.

It seems like only yesterday that I was sitting here having a bitter laugh at the book Bad News From Israel. Actually, it was only yesterday (or the day before.) Anyway, now the authors have brought out the sequel. “More” BNFI.
I’m mentioning this because even Rod Liddle thinks the proposition that the BBC is too pro Israel is a bit far fetched. Some people’s disapproval of Israel and Jews is so fierce that they consider the actual word Israel a personal affront. In that case, no wonder they think the BBC is pro Israel, since its fascination with disseminating the notion of Israel’s criminality means they mention it a fair bit.
Another thing that might inflame such people is sundry sightings of Col Richard Kemp on their screens as he is one of the military experts the BBC consults from time to time over matters military.
He was the military spokesman who went so decisively off message to vouch so authoritatively for the integrity of the IDF in the aftermath of the original Goldstone report into Operation Cast Lead in the full force of the anti Israel furore that ensued.
Here is his eloquent speech at a recent bicom conference in which he not only reiterates his support for the IDF, but very powerfully describes the media’s conspiracy to delegitimise Israel.
Bad News for the ludicrous theory of Greg Philo and Mike Berry, especially as we’re unlikely to see anything like this from Col Kemp on the BBC.

Give this video by Rodney Atkinson some of your time. Whilst discussing the EU it also does mention the BBC’s censorship of Churchill between 37-39. It’s interesting to compare Rodney’s dissection of the EU with the BBC’s worship of the same wicked institution! 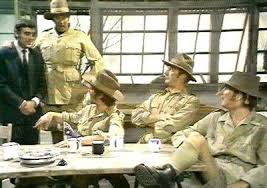 I am sure that the Monty Python team  would never get away with their “Bruces” sketch in this politically correct BBC era. I note that the BBC was trawling an item here which alleges that Aborigines in urban areas of Australia suffer worse health than those in remote areas. Phil Mercer reports from Sydney on the discrimination they often face at hospitals and clinics. It’s a no-win scenario for the Aussies – a bit like the Ashes!

The BBC mentioned it once but they think they got away with it.

The US administration is examining the legality of continuing in the Nato-led Libya campaign beyond Friday.

The War Powers Resolution, passed after US withdrawal from the Vietnam War, rules that involvement in combat operations unauthorised by Congress must be terminated after 60 days.

That deadline is on Friday and deputy secretary of state James Steinberg has said the government is aware of it.

“President Obama has been mindful of the War Powers Resolution,” he said.

That one brief article from last week is all I can find from the BBC concerning Obama’s legal requirement to obtain congressional approval for US military action in Libya. The Friday deadline has been and gone but the BBC has shown no further interest in the story, so we look to the Chicago Tribune to bring us up to date:

Under the War Powers Act, President Barack Obama had until Friday to get congressional authorization to continue U.S. military operations in Libya. But the day passed without his even asking for it, which means he has to disengage within 30 days. Obama may not heed that requirement either… As a candidate, he said the president does not have the power to go to war on his own except in cases of actual or likely attack. But if he were to ask Congress to authorize the Libyan intervention, he would probably be rebuffed. So he’s chosen to simply ignore the law.

I can’t help thinking that the BBC’s treatment of this story would be somewhat different if a Republican president was visiting these shores having just ignored his own campaign pledges to seek congressional approval for military operations of the kind undertaken in Libya, arguing now that such actions are limited and therefore don’t require the say-so of Congress. Imagine the chorus of outrage the BBC would be leading right now. But it’s Obama, so the story is quietly dropped in favour of the usual gushing lovefest from his doting BBC fanboys and fangirls.

Administration officials offered no theory for why continuing the air war in Libya in the absence of Congressional authorization and beyond the deadline would be lawful. Jack Goldsmith, a Harvard law professor who led the Justice Department’s Office of Legal Counsel in 2003 and 2004, portrayed it as a significant constitutional moment.

“There may be facts of which we are unaware, but this appears to be the first time that any president has violated the War Powers Resolution’s requirement either to terminate the use of armed forces within 60 days after the initiation of hostilities or get Congress’s support,” Mr. Goldsmith said.

I repeat – how would the BBC be playing this if it had all happened under a Republican president?

There were resolutions in Congress yesterday, so unfortunately for the BBC the story doesn’t look like it’s going away.

To the BBC, the opening of Britain’s loony “green bank” – a new way to waste billions of our cash – is clearly a cause for unqualified celebration and cue for the usual carping greenie comment about the measures not being green enough. Meanwhile, in the real world, Matt Ridley tells us with masterly incision why greenie policies are literally costing us the earth.

The BBC runs an item here on Obama’s visit to the Irish Republic and suggests that this will bring much needed economic benefit. How? It seems to me that this just the beginning in a series of items the BBC will run this week eulogising the imagined powers of their man in the White House. It’s hard to see how a 24hour visit from the US President can revive the long deceased Celtic Tiger but try telling that to the BBC! 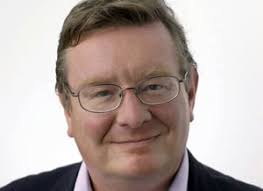 You will need a strong stomach to listen to this fulsome tribute to Obama from Mark Mardell on the BBC this morning. Note the total lack of objectivity – this is full-on Obamalove and an utter disgrace. If we recall how the BBC reported similar events during the Bush years, never was a contrast greater.