SCOTLAND THE NOT SO BRAVE 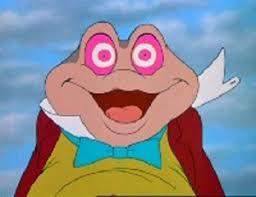 BBC lauding the prospects of an Independent Scotland – cheerleading for Mr Toad look-a-like Alex Salmond. It slyly claims that Salmond would keep the Queen as Head of State and the Pound Sterling. How kind. The BBC has a record of indulgence towards the SNP – after all any political party committed to breaking up the Union will always get BBC hearts a beating. A considered dissection of the SNP position is one thing you will never hear on the BBC which is all the more reason for this site to pick up on it/

30 Responses to SCOTLAND THE NOT SO BRAVE