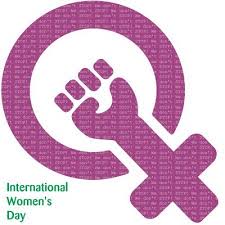 The BBC have been bigging this up all day so this one is for the sistahood. Now, what has been bothering you today?