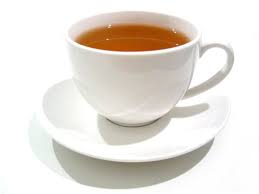 In many regards, the success of the Tea Party is a nightmare for the liberal shills in the BBC. On Today this morning James “Inpartiality is in my genes” Naughtie has been over to Pennsylvania  “to ask the question; Is the Tea Party here to stay”? The meme was that the Tea Party  is  fanatical and all about creating a  mood of fear to replace the “hope” in 2008. There was even an unspoken but implied suggestion that if they don’t get what they want in 2012, we could have civil war in 2012! Hysterical stuff.. Naughtie, like the rest of the BBC, are gradually realising that the Democrats are going to lose BIG tomorrow and so they seek to ameliorate such losses, to try and shift the blame from where it belongs – namely Obama’s patronising track record. They can mock all they want, they can portray the Tea Party as uneducated red-necks – come Wednesday morning, the hopeychangy thing will not be that which they want to see. Hope you will be able to join us on the multi-blog LIVEBLOG of the Mid-terms. Should be fun watching the BBC flailing around trying to blame everyone but Obama for Democrat woes. Make sure you have a cup of tea whilst watching it all!