SO NOW WE REALLY KNOW… 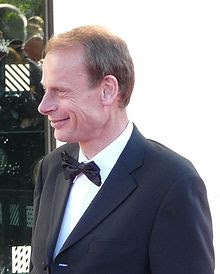 Andrew Marr’s show on the BBC symbolises all that is wrong with the corporation. It has consistently been simpering and supine to Labour, and he makes David Frost, whom he replaced, look like a model of journalistic propriety. And now he has confirmed what an elitist, condescending piece of work he is. This is what he thinks of the blogsphere:

British journalist Andrew Marr has angered bloggers by suggesting they are “inadequate, pimpled and single.” Marr, was formerly the BBC’s political editor, also said that citizen journalism is “spewings and rantings of very drunk people late at night”. He made the comments at the Cheltenham Literary Festival, saying: “A lot of bloggers seem to be socially inadequate, pimpled, single, slightly seedy, bald, cauliflower-nosed young men sitting in their mother’s basements and ranting. They are very angry people.”

Sadly, Mr Marr’s outlook is patently shared by the entire £1bn leftist, moral relativist, elitist, eco-nut, anti-Jewish, anti-Christian, pro-Islam, pro-EU journalistic cadre at the BBC. It shows in the way they brook no dissent to their views and in how they so haughtily dismiss all those who dare to question them.

This is the organisation that has today also astonishingly and disgracefully handed a leaving package worth £4.7m to Mark Byford, the soon-to-be-redundant deputy director general. Everyone who has met Mark will – I am sure – share with me the sense of sheer amazement that such a without-talent individual should be worth so much of our money. But then, nothing is surprising in the Mickey Mouse world of BBCland.

67 Responses to SO NOW WE REALLY KNOW…