the latest in a string of Newsnight gaffes: 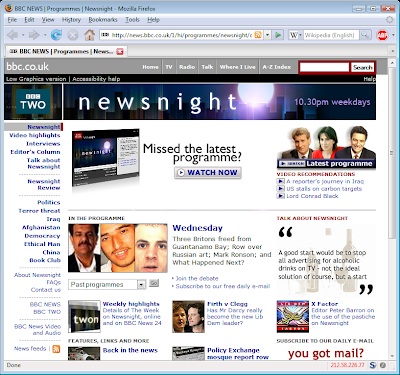 Britons indeed! The BBC has been straining all day to imply that these non-Britons (with a penchant for ‘action holidays’, ‘study’ and ‘training’ in far-off lands) are British, but it’s taken Newsnight to put it down in black and white.

On the same subject, David Preiser suggests a spot of comparing and contrasting between The Times profile of these non-Britons and the BBC’s profile of them – the differences being as obvious we’ve come to expect.